Lions and Tigers and Werewolves and Daedric Princes

Today at Quakecon 2018, Bethesda announced that Elder Scrolls Online will be receiving a bunch of new content next week in the form of the Wolfhunter DLC.

The Wolfhunter DLC brings the Daedric Prince Hircine and the Great Hunt with him to Tamriel, in the form of two different dungeons.

The first dungeon, March of Sacrfices, sees players trying to escape Hircine’s Hunting Grounds before taking down a “powerful Indrik,” while other active players are trying to do the same, and may try to thwart you and your team’s efforts. 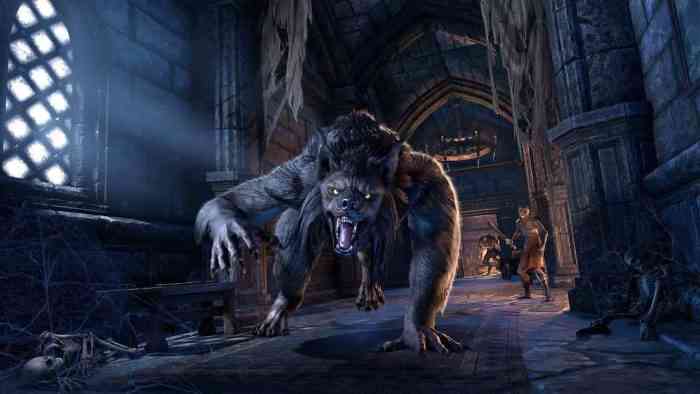 The second dungeon, called Moon Hunter Keep, sends players into the destroyed headquarters of the Order of the Silver Dawn, where they’re pitted against hordes of “were-beasts and other monsters,” before taking on the ancient werewolf Vykosa.

The Wolfhunter DLC will drop alongside update 19, which is set to include a new Battlegrounds map, Alliance War changes, and improvements to the Werewolf skill line. Be sure to check out our review of ESO’s recent expansion, Summerset.

Wolfhunter DLC hits PC this coming Monday, August 13th, and will come to PS4 and Xbox One later this month on August 28th. Let us know what you think in the comments and stay tuned to COGconnected for all the latest gaming news!