Update: Diablo III has been officially confirmed with a brand-new trailer.

Below, you can find the original news article.

Recently, Blizzard Entertainment indicated their work on multiple Diablo III-related projects. And after a twitter post earlier this year, many believed there’d be a Nintendo Switch port with unique features. Today, it looks Blizzard has indeed been working on a port of their critically acclaimed RPG. 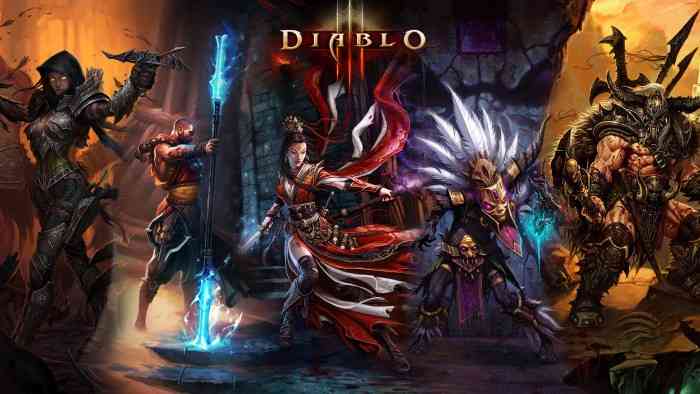 Over on resetera, a leaked article—that has since been taken down—details the new features for a Nintendo Switch version of the action-RPG. Allegedly, it will be called Diablo III – ‘Eternal Collection’ and will include the base game alongside DLC: Reaper of Souls and Rise of the Necromancer. All for the retail price of $59.99. However, it wouldn’t be a definitive Nintendo product without some exclusive bonuses.

According to the leaked piece, the Nintendo Switch version of Diablo III will include the Legend of Ganondorf cosmetic armor set, Tri-Force portrait frame, Chicken pet, and Echoes of the Mask cosmetic wings. Since nothing’s confirmed until it’s confirmed, feel free to take this information with a grain of salt.

There will also be multiple ways to play on your Nintendo Switch. Blizzard have optimized the options for playing with friends and family. Naturally, that includes the ability to play docked or on the go.

Diablo III originally released in 2012 for PC, before it made its way to Xbox One and PlayStation 4. It may reach the Nintendo Switch later this year, so stay tuned for official confirmation and a release date. if you’ve never played the game, consider checking out our review of the Ultimate Evil Edition on PS4.

Fortnite May Be Having a Halloween-Themed Boss
Next
Madden NFL Overdrive is Available Now and It’s Way Better Than You Think It Is
Previous
You Can Manipulate Factions in Dying Light 2, Thereby Shape the City