Straight out of the fires of hell, and into the fray against the angel of Death, Diablo III: Reaper of Souls wastes no time. Some people may say that their time was more than wasted during Diablo III’s launch given its disastrous release due to the unstable servers. The same can’t be said for Reaper of Souls. In fact, Reaper of Soul’s launched incredibly smoothly, with next to no hitches.  The shiny new additions include a new character class, a raised level cap (70), a new act, and a new gameplay mode. In reality, Blizzard had their work cut out for them to save their flagship dungeon crawler’s reputation. Though it sold incredibly well, Diablo III left fans of the franchise feeling disappointed. The requirement to constantly be online already upset some audiences, but when the login server’s burst into flames the night of Diablo III’s release it was game over. Though this is a mostly forgotten offense, more issues began to surface as time passed.

Though the auction house began as a neat idea, it slowly became a strong factor in accelerating Diablo III’s downfall. Gone was the excitement of acquiring rare loot, now swallowed up by the economic machine that became known simply as “The Auction House”.  This feature reduced the game’s endgame phase to a grind with disappointing drops left and right. It no longer mattered what dropped though as you could always purchase better items at the auction house, with either your own real-life dollars or the in game currency. Also, given that the campaign only lasted 4 acts it didn’t take long for the game to become incredibly repetitive watching the same cut scenes over and over again. 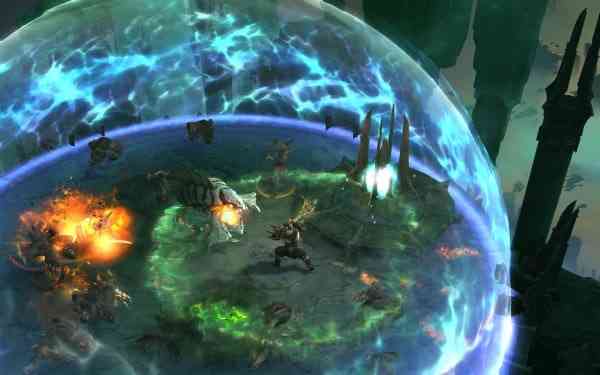 Several patches later, Diablo III has seen improvement since its launch. Though the game has developed, its core issues remained present. Following the success of a fantastic console version, the console game’s director Josh Mosqueira was elevated to director of the whole Diablo III series. To many a gamer’s relief, two weeks ago the auction house shutdown in time for Reaper of Souls. With the release of the 2.0.1 patch, gamers were exposed to a handful of the new features coming with Reaper of Souls. These included the new “Loot 2.0” distribution system as well as other adjustments. All in all the game has become far more rewarding to play, particularly at higher levels when searching for level 70 gear.

In short, Loot 2.0 works in such a way that it guarantees players will see some pieces of stronger equipment for the character they’re playing once every hour or so. With the departure of the auction house many players heaved a sigh of relief, myself included. With the auction house gone, Blizzard has quarantined the way legendary items now function as they bind to your account. You can trade them with players who are in your party when they drop, but beyond that they are stuck to you and your immediate party of allies. Ultimately this means that if you want to acquire a rare upgrade, or complete that unique set for your class, you’re just going to have to grind it out.

Act Five, the newest act, pits you against Malthael, the angel of death who is destroying the city of Westmarch. Aesthetically, Westmarch reminds me a lot of the first two Diablo games. The dark gothic tones and the strong soundtrack supporting it really come together as a great audio/visual experience. Bosses are superior to all of the previous bosses throughout the campaign, with a couple even presenting scenarios that are closer to fast paced action games and less like a slower plodding encounter, like in World of Warcraft. Act Five clocks in at about five hours of content, and it is all easily replayable. 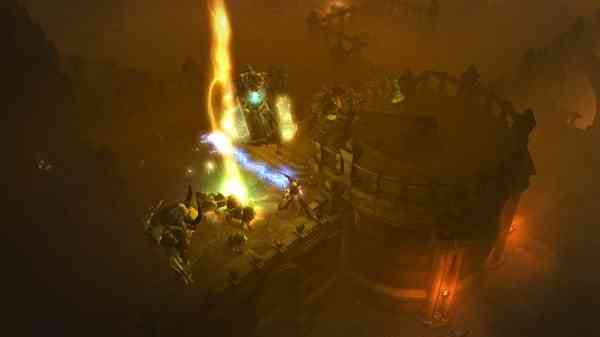 The new adventure mode changes the game into a randomized brawl fest. You tackle short quests titled “bounties”. These bounties are spread across every area in the game, and they generally consist of killing a rare creature, clearing an area of enemies or hunting a boss. The pacing of adventure mode tends to feel more frantic and intense, particularly when you enter the Nephalem Rifts, which are completely randomized dungeons that splice together monsters and tile sets from across the entire game. I found myself encountering multiple packs of elite monsters, which are the more challenging creatures in Reaper of Souls, and in general a greater amount of enemies. I can almost compare the vibe of the game to Left 4 Dead in a sense, as the it has a sense of urgency about it when trotting through adventure mode.

Blood shards are a new currency introduced in tandem with adventure mode. They are received when clearing out bounties and bosses in adventure mode. They are spent for the chance of receiving a rare or legendary item from whichever category you choose. This can be a piece of armor, a one handed weapon, or a trinket of some sort. Blizzard has also given players a number of new options when it comes to difficulty. There are now ten settings that can be adjusted; five difficulty settings followed by the final setting deemed ‘Torment” level, which has six sub settings. 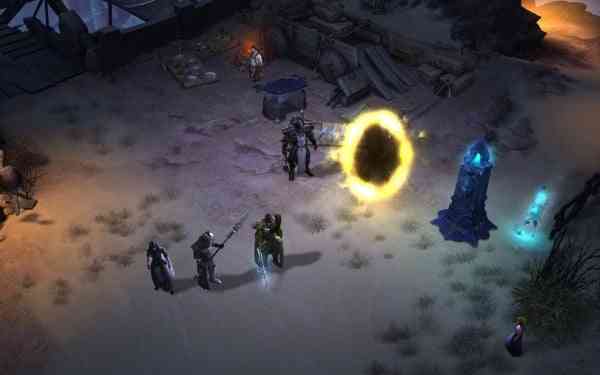 I can’t stress enough that pushing yourself in terms of what difficulty you select is key. The higher difficulties go beyond making the game more challenging by beefing up the enemies, as they add larger crowds evil minions with varying effects and combat skills. I feel as though this is where the game hits it’s stride. The visuals explode into an overwhelming sense of awe during these huge fights when battling through a Nephalem rift with three other allies. This goes hand in hand with the great interaction between the skills of each character class. Building your characters to work well with one another can be loads of fun.

Reaper of Souls’ new Crusader class is akin to Diablo 2’s paladin. Simply put, he is amazing. He has no problem whatsoever in keeping pace with the original five classes. The Crusader, at his core, is a sturdy melee fighter who is buffed by his holy powers that imbue him with some solid ranged attacks. All in all it’s a versatile class offering some strong group healing techniques and buffs. Though the crusader isn’t a huge damage dealer when it comes to endgame, he sure can take hits as a tank, and those support skills come in handy in a full party scenario.

Diablo III: Reaper of Souls is a victory for Blizzard and it’s more than just an expansion; it’s an overhaul of the entire game, finally bringing it to where it should have been right from the start. The removal of any cap on the endgame Paragon system now invites you to take your characters as high as you see fit. This really is enough alone to be worth the price of admission. The game has escaped being a dismal grind, and is instead a series of outstanding adventures, one after the other with no end in sight. Blizzard has reclaimed the dungeon crawling throne in my books.

Next Ragnarok Odyssey ACE (PS3) Review – An Improvement, but Still Just Too Much of the Same
Previous Bioshock Infinite: Burial at Sea Episode 2 (Xbox 360) Review – You Will Be Missed Irrational