With the release of Battle for Azeroth just a few weeks away, Blizzard is slowly giving us tidbits of information about new features coming in the new World of Warcraft expansion, and this time we’ll be learning more about the Dueler’s Guild. 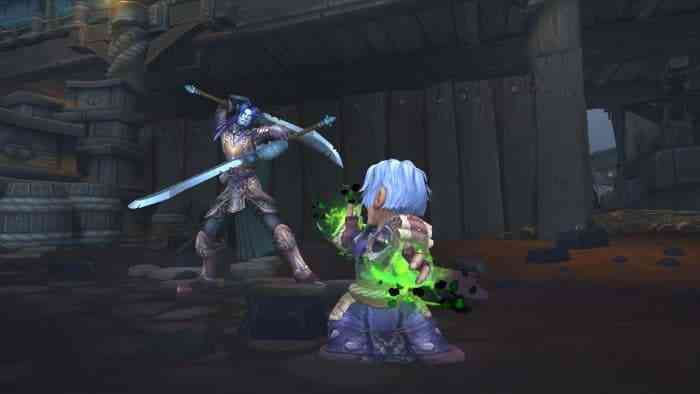 With the amount of players queuing up outside of Stormwind and Orgrimmar to duel each other one-on-one, it comes as no surprise that Blizzard would implement the Dueler’s Guild, where players will face each other in a one-on-one, winner-stays-on duel.

World of Warcraft has a huge PvP community, and Blizzard know how to give them what they want. Player’s who do well in the Dueler’s Guild will be getting some achievements, some titles, a tabard, and a whole load of bragging right along with it.

Players who reach level 120 in the newest expansion, and who have the new War Mode feature turned on, will be able queue up for a battle in the War Headquarters of their faction, with the Alliance Headquarters located at Hook Point in Boralus, and the Horde Headquarters found in The Mugambala in Zuldazar.

These headquarters are also where you’ll collect the new weekly War Chests for all your weekly PvP action, similar to how the Mythic Dungeon chest works in your Class Order Halls now. Each headquarters is also easy to find on the world map, with a symbol for your faction showing where it will be.

Once you queue up, you’ll be given a buff to indicate your place in the queue, and are free to walk circles around the headquarters to pass the time (though don’t go too far or you’ll be kicked from the queue). You’re also able to talk to a nearby NPC in your headquarters to spectate some of the fighting that’s already going on.

Before each battle you’ll be able to buff up, but cool downs will not refresh between opponents. When you win a match, you only get a short breather between the next opponent, and after you’ve beat three in a row you’ll be removed from the arena.

Blizzard say this is just the beginning of what they have in mind, so we’ll be sure to keep you updated on any World of Warcraft news they throw at us!

What are your thoughts on the Dueler’s Guild? Will you be competing? Let us know!