It looks like everyone’s favorite vehicular-footie-game Rocket League may be making it’s way to Xbox One‘s Game Pass sometime soon if this pretty damning evidence is to be believed. 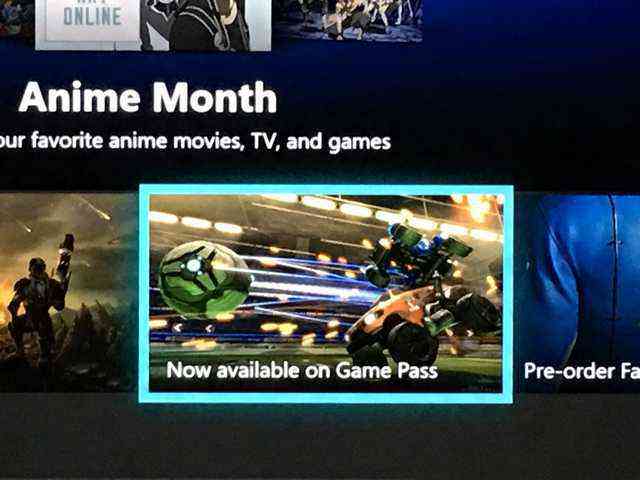 Xbox is currently teasing a Rocket League announcement for today’s episode of Inside Xbox along with info on We Happy Few and Forza Horizon 4, and the above image coupled with the one below of the game’s page on the Microsoft store claiming a discount for Xbox Game Pass holders and the prompt to become one is just about all the confirmation we need.

The Xbox One version of the game comes with exclusive Battle-Cars content along with 2 Xbox-centric cars, the Halo “HogSticker” and Gears of Wars’ “Armadillo.” It also comes with all “Game of the Year Edition” content. Only a few more hours now until we find out for sure.

This would be a pretty great time to include the title in Game Pass’ catalog as Rocket League is currently having it’s 3-year anniversary event as part of an extensive Summer roadmap, including a shiny new Rocket Pass in the vein of Fortnite.

Let us know what you think in the comments and be sure to stay tuned to COGconnected for all the latest gaming news as it soars past the goalpost.