The Full Moon Update Is Only the First of a Bunch of Free Updates for Prey: Mooncrash

Prey: Mooncrash just received its first free update today, which is planned to be the first of many, with the next dropping in just a few weeks. This update adds new operator skins, mimic skins, and weapons, all available for free to all Prey: Mooncrash owners, or anyone who owns the Deluxe Edition of Prey. 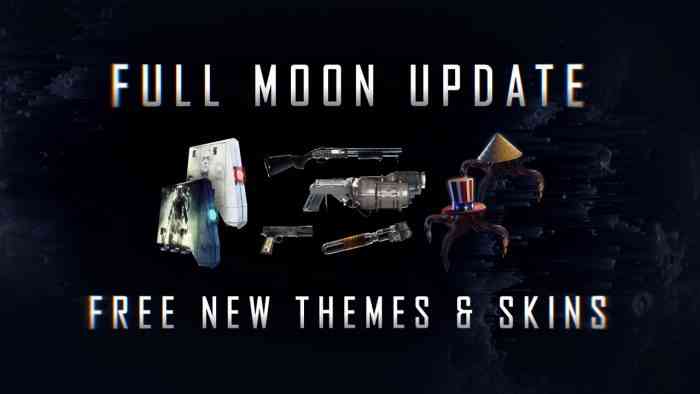 You can check out below for the quick video Bethesda released alongside this update!

Keep an eye out for more free updates for Mooncrash, with the next one dropping in a few weeks. Bethesda also announced Mooncrash’s multiplayer update, which is going to be free, is coming later this summer.

For those not in the know, Prey: Mooncrash is the newest DLC for Prey, which is an:

“…infinitely replayable, rogue-like experience that puts you in the boots of different TranStar employees and drops you into a secret moonbase. Armed with your wits, weapons and alien powers, you’ll need to survive long enough against the Typhon threat to escape the moon. Every time you die, the path off the moon will change. New obstacles, enemies and gear placement will keep you on your toes through every attempt. Included in Prey: Mooncrash are also a series of free updates, the first of which is available now.”

What are your thoughts on this new DLC, or the upcoming multiplayer update? Let us know!