343 Industries Suggests Halo: Infinite Might Not Have Battle Royale

It looks like Halo: Infinite is passing on the battle royale craze—during a recent livestream, developer 343 Industries’ Jeff Easterling said that “the only BR we’re interested in is Battle Rifle. The original BR. So, calm yourself.”

It should be noted that the informal nature of the stream makes it hard to tell if Easterling was being serious or joking, so it shouldn’t be taken as an official announcement. Regardless, it wouldn’t be a huge surprise, especially considering Microsoft said that Halo: Infinite will take the franchise into “new and unexpected directions.” And following in the footsteps of Fortnite and PUBG isn’t exactly unexpected. 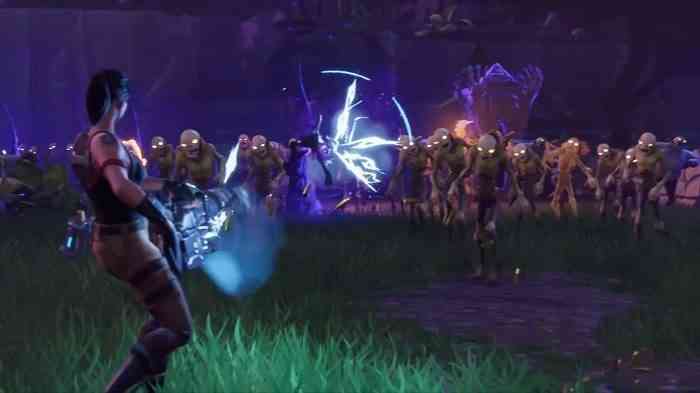 “This is an entirely new chapter in the Halo saga,” said Aaron Greenberg, general manager of marketing at Xbox. “What we did was an in-engine demonstration. The Slipspace engine is new. The 343 team has built this purposefully to take Halo in a whole new direction. It’s a story that centers on Master Chief. I think you saw visually some of the capabilities of the engine and we’re excited to share more, but for now: There’s a new Halo coming, it’s Halo Infinite and it features really a focus on Master Chief, which I think will be received well by the fans.”

Whatever direction the game ends up going in, Halo fans will probably be able to play the game early via Xbox’s Game Preview program or through a limited testing group.

“In the future, you will be able to join early flighting programs that will let members of the community play the game with us, and give direct feedback, much like the current Insider flighting program for Halo: The Master Chief Collection,” said 343 Industries’ Chris Lee. “It will take some time for us to be ready to kick those flighting events off, but when we do they will start small and grow along the way.”