UPDATE: It seems that the Fortnite Playground LTM is live now! Launch up those clients and get practising!

After delaying Fortnite’s playground LTM for over a week, Epic Games have some good news for us. A post on Reddit earlier today shows that the Playgrounds Limited-Time Mode (LTM) is currently live in Asia, and will hopefully be released worldwide today. 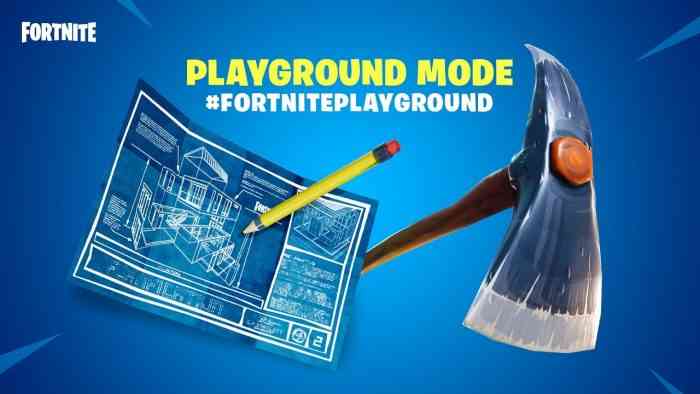 A post on the official Fortnite subreddit by Epic Games gives players some hope that the Playground LTM will be returning to them some time today, and is already available in Asia.

“We’ve completed our testing process for the improvements to our matchmaking services and are deploying servers that will bring back the Playground LTM.

“You may notice that some regions or platforms gain access to this LTM before others, this is intentional and allows us to gradually open this game mode up to ease stress on all relevant backend services. This process may take some time. But get those creative ideas ready, our aim is to have this fully available to all players later tonight. We’re going to closely monitor our stability over this time.”

The Playgrounds LTM was expected to be released at the end of last week, but had to be delayed due to technical issues. This upset many fans, who took to Twitter to express their anger, whereas others supported Epic and wanted them to take their time in order to make the game the best that it could be.

All of this news comes off the shoulders of the Fortnite rocket launch this weekend, which seems to have created a crack in the sky.

After the crack in the sky slowly began to spread, many players started theorising what it could mean, and what it could lead to.

What are your opinions on the new Playground mode or the crack in the sky? Let us know!