We Finally Get a Glimpse of Shenmue 3 in Action

The fundraising campaign for Shenmue 3 has recently reached a $7 million stretch goal that allowed the game’s developers to add a battle system that sounds like it makes combat easier.

The developers also released an official gameplay screenshot that shows off the combat and the image can be viewed below. 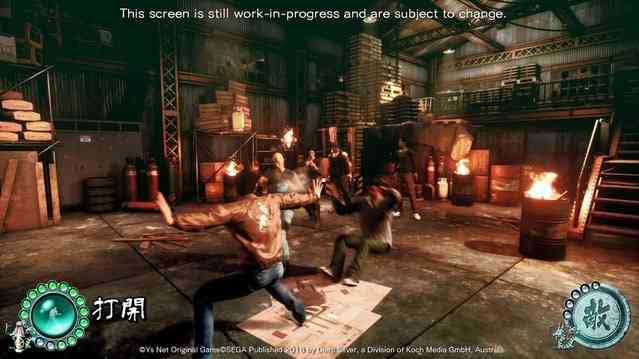 “This control system lets you automatically unleash the perfect technique in response to the opponent’s positioning and distance,” read the Kickstarter update that was posted on Monday. “R&D for this system is based on Yu Suzuki’s concept for players who are not used to fighting games or for those who want a full immersion battle experience.”

“This battle system is highly compatible with, and will be an extension to the current battle system,” the post added.

The Slacker Backer campaign for Shenmue 3 is scheduled to end on August 13th and the Fangamer campaign is still ongoing.

Aside from the screenshot posted above, it currently isn’t known if more Shenmue 3 gameplay will be shown this year. The long-awaited sequel got delayed a few months ago to 2019 and was a no-show at E3 last month. However, its publisher, Deep Silver, will have an exhibitor stand at the upcoming Gamescom event in August and the game was shown at last year’s event.

Kloa: Child of the Forest Launches on Kickstarter
Next
Several ‘OnRush’ Devs Laid Off Due to Poor Sales
Previous
‘Sly Cooper’ Show Premiering in Fall 2019