When ambitious open-world-sci-fi-survival-horror game P.AM.E.L.A. hit Early Access in 2017, players were quick to voice their concerns regarding it’s longer than average load times, frequent crashes, and save file bugs. Now, Developer NVYVE has taken the community’s feedback to heart and have detailed a roadmap of their plans for the rest of 2018 leading up to a full 1.0 release this fall.

Following a series of updates addressing the aforementioned performance issues as well as the addition of a crafting system, non-permadeath mode, hacking minigame, and a myriad of new areas, weapons, and abilities, P.A.M.E.L.A. will kick off the Summer with updates 0.6 through 0.8, which promise the inclusion of ranged enemies and in-game Genome Point leveling, as well as improvements to the combat system, AI behavior, script performance optimization, and the title’s level streaming system aimed at seamlessly connecting the many areas of the game in place of loading screens. 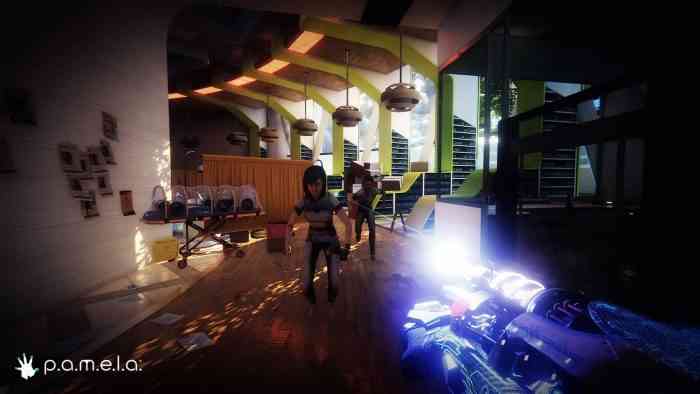 Late Summer’s 0.9 update offers a new NPC faction, armor set, and areas, but the roadmap doesn’t offer much information beyond that.

The climactic 1.0 Story Update promises a complete overhaul of the game’s story, as well as regional localization and the implementation of Steam Achievements and Trading Cards. 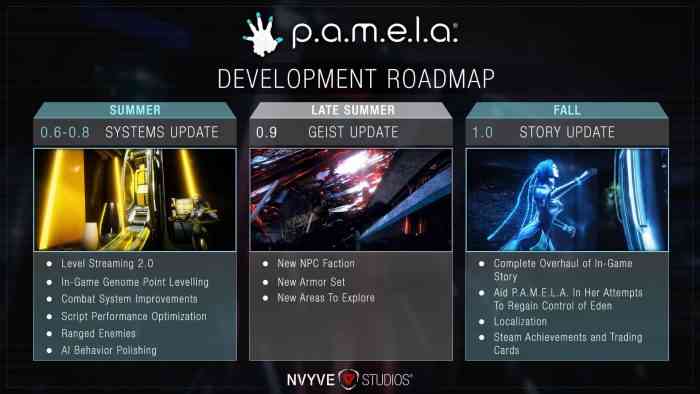 P.A.M.E.L.A. is available on Steam right now and is part of the Steam Summer Sale for 40% off when it kicks off later today. NVYVE’s next title, Hypergun, will be coming to Steam later this Summer, as well as Playstation 4 and Xbox One this Fall.

Let us know what you think in the comments, and be sure to keep it locked to COGconnected for all the latest gaming news as it drops!