P.A.M.E.L.A. Preview – This Eden is Beautiful But Deadly

Taking cues from such beloved titles as Bioshock, System Shock and even a dash of Dead Space, P.A.M.E.L.A. places you in the remnants of a once-idyllic civilization that’s gone horribly wrong. Its cool concept and stylish visuals have caught the eye of many gamers, many of whom have been eagerly awaiting its arrival in Early Access. And that wait appears to have been worth it. Spending some time in Eden, I feel like this sci-fi open-world survival game has a lot of potential despite its many current shortcomings.

P.A.M.E.L.A. is an ambitious project and clearly one that will take time to fully realize. Not surprisingly given its Early Access state, the game is currently a work-in-progress in the technical department. My first spawn into Eden, the fallen futuristic city that serves as the game’s sprawling environment, took a full 10 minutes, during which absolutely nothing happened on screen. Granted, the game’s Canadian developer, NVYVE Studios, gives ample warning of this before you begin; still, I wonder how many players will have the patience to sit and wait through what looks a lot like a total game freeze. On the positive side, I was impressed at NVYVE’s tireless updating of the game since launch; I found the game mostly ran smoothly, with only a few instances of frame drop and stuttering.

“Spending some time in Eden, I feel like this sci-fi open-world survival game has a lot of potential despite its many current shortcomings.”

When the game begins, you emerge into Eden from a water-filled cryogenic tank located in a biomedical facility, which you later learn is Ark Medical. Beyond a few simple controls, P.A.M.E.L.A. offers nada in the way of guidance from here on; much like in other contemporary open-world survival games, it’s up to you to stumble your way blindly forward, and figure things out for yourself. The AI that acts as a kind of Overseer in Eden, P.A.M.E.L.A. (after whom the game is named) offers no instruction, only pre-recorded bits of back-story and when you come across her terminals. I can appreciate the “no-handholding” philosophy and I enjoy games that respect your intelligence. In the case of P.A.M.E.L.A., however, this aesthetic is really taken to an extreme, and a little more help would have been nice. I had no clue who I was, where I was supposed to go, or what I was looking for once I got there. Hell, even Conan Exiles gives you a short cut-scene to at least set things up before you start. 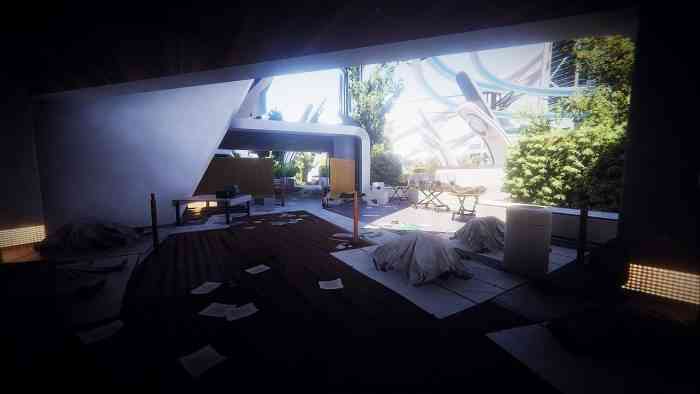 Like in any typical survival game, in P.A.M.E.L.A. is about staying alive in a harsh environment using whatever you can find. In this case, you must roam the ruins of what was once a prosperous, advanced metropolis, looking for weapons, health aids and craftable items to help you. Rooms and hallways are abandoned for the most part, except for the occasional (and pretty terrifying) encounter with one of the Afflicted, the zombie-like former residents (who can be killed usually with your fists), or the Seeker androids (who will easily kill you, so I advise you not to try and fight them). I did not find a weapon during my playtime; I learned from a tip that guns could be obtained at the Garrison, but I died just before reaching that location. Again, I felt that NVYVE could maybe just throw you a few melee weapons in the early going, just to give you something other than your fists until you get a gun.

As you explore, you’ll also find out quickly that some parts of Eden in P.A.M.E.L.A. are dark. Like, pitch black dark, which makes for a very disconcerting opening to the game. Even the few lights that were present cast a feeble light that seemed visually unrealistic. Thankfully, I found through trial-and-error that pressing my ‘F’ button brought up a flashlight, which made my exploration much easier from that point onward. Later, when you emerge from Ark Medical and out into the city itself, things brighten up considerably.

“I had no clue who I was, where I was supposed to go, or what I was looking for once I got there.”

And when you can see in P.A.M.E.L.A., you’ll be amazed, as the graphical polish of the rooms and objects I saw was superb for the most part. NVYVE has clearly utilized the Unity 5 engine powering the game to its fullest, with a beautiful, futuristic setting and excellent visual details throughout. I really felt immersed in this very realistic and fully-realized world, and the presence of richly-detailed areas always pushed me to continue onward, to discover what was waiting further down the hall or around the next corner. After I did get my bearings with P.A.M.E.L.A., I really began to enjoy wandering its mysterious, dangerous and strangely beautiful world, and that is saying something considering this is not a AAA title.

I was also impressed with the tons of chests, garbage cans, safes and other containers I came across with craftable items in them. Pressing the R1 button on my controller scanned the containers, after which they either could be opened or hacked if they weren’t empty. P.A.M.E.L.A.’s hacking mini-game involves pressing the A button at just the right time on a series of spinning dials. Harder chests have a faster spin, and can get quite difficult to pull off. I found this method of hacking to be a clever and fun idea, and it never got old even after many times. Successfully opening a chest gets you a wide variety of items, from health boosts, to augments to gadgets. You can also use the game’s currency to buy items from vending machines. There’s lots of loot and materials to collect in this game, and the level of detail was very impressive for an Early Access title. 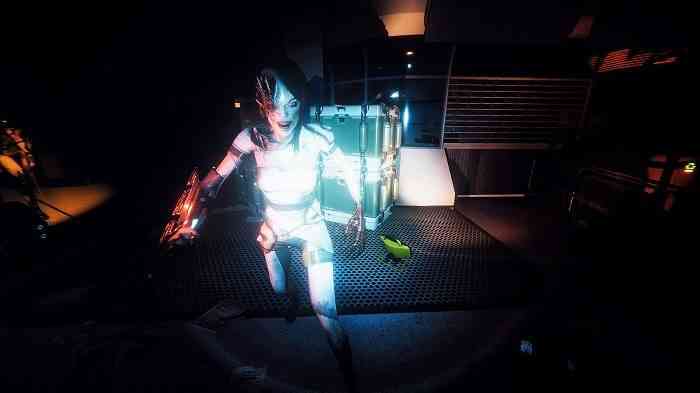 But again, there wasn’t enough instruction as to what I was supposed to do with all the things I was collecting. Some items were obvious – a shield could be equipped and used by pressing the L1 button, and food could be eaten. But other items were a complete mystery to me. The game alludes to the fact that some things are useful for crafting, but I was never sure how I could craft them. There is a very slick user interface, the AARM UI, which is a holographic projection on your arm, but its many boxes and sections were more confusing to me than helpful. P.A.M.E.L.A.’s steep learning curve is a bit too minimalist at this point, and I felt like a lot of the coolest aspects of the game remained closed to me even after hours of playtime. I noticed they did flesh out the Tutorial section of the UI with an update during my preview time, so I am confident that things will continue to improve in this area.

“NVYVE has clearly utilized the Unity 5 engine powering the game to its fullest, with a beautiful, futuristic setting and excellent visual details throughout.”

When you die in P.A.M.E.L.A., from combat, hunger or other means, you respawn back at the cryo chamber and you lose all of the items you have gained. It’s a harsh punishment but at least you get to keep your earned EXP, which levels you up and increases your physical abilities for next time. Enemies, once killed, don’t seem to respawn – even when you die. In fact, it didn’t even seem that they respawned even after I started a completely new game. That certainly seems like a technical glitch that I am sure NVYVE will address as the game develops more. In the meantime, it does at least help you to make progress a bit more easily.

Overall, I was very impressed with the concept and basic gameplay of P.A.M.E.L.A., and it is already a title that I would recommend you check out, even in its Early Access state. I had fun playing it and I look forward to continuing to explore Eden, especially now that I have gotten a look at the above-ground parts of it. It’s just that due to the game’s complete lack of a real Tutorial and an opaque user interface, I, unfortunately, felt that I barely scratched the surface of what this impressive indie title has to offer. The developers promise base building, advanced weapons, crafting and other deep features, but so far these aspects have mostly eluded me. Let’s hope NVYVE keeps up their pace of continual updates and tweaks because P.A.M.E.L.A. has the potential to be a great game.