Microntransactions are coming back to Star Wars Battlefront II but won’t be the kind that’ll affect gameplay in any significant way, explained the developers in a recent news post. 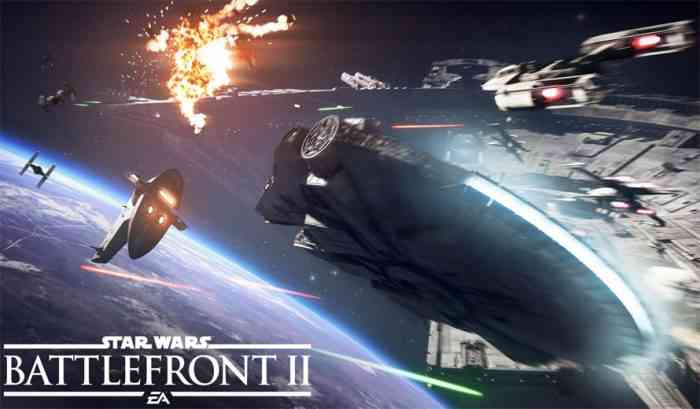 The update will bring back “crystals”, which are an in-game currency that can be purchased with real money. This time, players can use crystals to purchase in-game skins (known as “Appearances”). New skins will be added for the update such as an Endor-themed Han Solo & Leia. Crystals are the only thing in the game that players can use real money to purchase, EA said.

You can also earn “Credits”, another in-game currency, in order to purchase new skins but this currency is only obtained through playing the game.

The upcoming update also adds a new mode: Ewok Hunt. The mode involves playing as either a team of Stromtroopers or Ewoks in the forests of Endor. However, this new mode is only available for a limited amount of time.

The update is scheduled to come out next Wednesday on April 18th.

EA pulled microtransactions from Battlefront II after significant backlash from fans over their inclusion in the game. “We’ve heard the concerns about potentially giving players unfair advantages,” said Oskar Gabrielson, the general manager at EA DICE, last November. “And we’ve heard that this is overshadowing an otherwise great game. This was never our intention. Sorry we didn’t get this right.”

“We hear you loud and clear, so we’re turning off all in-game purchases,” Gabrielson said. “We will now spend more time listening, adjusting, balancing and tuning. This means that the option to purchase crystals in the game is now offline, and all progression will be earned through gameplay.”

Recently, an EA developer admitted that including lootboxes in Battlefront II was a mistake. “EA is a learning company, so we are really focused on how we improve and obviously don’t make those kinds of same mistakes again,” said EA’s Jade Raymond.

Star Wars Battlefront II is out now for the PC, PS4 and Xbox One.