Ryo Hazuki Is Back! Shenmue I & II Are Getting Re-Released

The Dreamcast Classics Are Making A Comeback!

Author’s note (4/21/2018): The original headline of this story was “Ryo Hazuki Is Back! Shenmue I & II Are Getting Remastered” but this upcoming Shenmue collection is a re-release not a remaster. The headline & the story itself have been edited to reflect this information.

Modern re-releases of the first two Shenmue games have been rumored or hinted at in the past but on Friday, it was made official: re-releases of Shenmue & Shenmue II are coming! The re-released collection will cost $29.99.

Check out the official announcement trailer below!

In both games, you play as Ryo Hazuki, an 18 year-old Japanese kid who is on a quest to avenge his father’s death at the hands of a mysterious Chinese martial artist named Lan Di. Both games are open-world adventures that involve interacting with a cast of memorable characters such as Tom, a hip-hop loving hotdog stand owner.

The series creator, Yu Suzuki, had hinted at possible re-release or remaster of both games in the past. In an interview he gave in February, Suzuki said that the topic of Shenmue remasters was “something I can not talk about for the moment”. Notably, at the time, he did not deny that a re-release of the two games was in the works.

This re-release comes with several new features such as improved, modern controls (though you can still use the classic controls if you wish), new screen resolution options and an updated UI. The re-release will also come with updated PC graphics options. You’ll also have the option of playing the game with either English voice acting or Japanese voice acting. 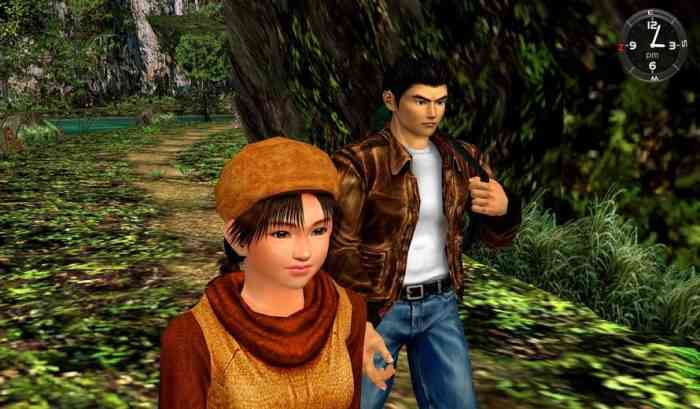 The Shenmue games were considered to be technological marvels in their day (for example, the first game came out in 1999 and had an open-world with NPCs that all had their own daily routines). However, the games were very expensive to make and were basically niche games.

The series is also known for being pretty divisive in the gaming community due to how different they were from typical games. Some loved the realism or simulation aspects of the games (such as having to wait for scheduled events to happen in Shenmue I) while others hated that those realistic parts of the games and saw them as repetitive and boring.

Now, what about Shenmue III? Well it appears that it is still coming out later this year. On Saturday, Cedric Biscay, one of the game’s producers, tweeted, “I , II then III , finally the situation becomes logical :)”. He also previously tweeted that Shenmue III was coming later this year back in January.

The pre-orders for the re-released collection will be available soon, Sega announced. They’ll be also be available both physically and digitally, Sega added.

Shenmue I & II will be available on PC, PS4 and Xbox One.