Metal Gear Survive, the most recent entry in the Metal Gear series, debuted two weeks ago with middling reviews and, it seems, pretty poor sales for such a major franchise like Metal Gear. According to recent sales charts, things don’t seem to be getting any better for the game. 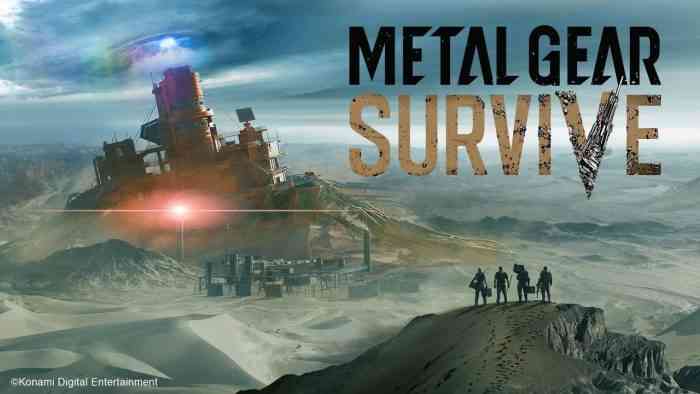 According to GfK Chart-Track, Metal Gear Survive dropped to spot #17, which is 11 spots down from the #6 spot it debuted at two weeks ago.

This recent development spells trouble for the newest entry in the franchise. Even though it has been described as a “budget” game that reuses a lot of assets from the previous entry in the franchise, Metal Gear Solid V: The Phantom Pain, plummeting down 11 spots in such short time isn’t something to scoff at.

Combine that with the mediocre reception it received from both critics and fans alike and one wonders if Konami could break even or make a profit with this one.

Our own review wasn’t too keen on the game much at all. COGconnected gave Metal Gear Survive a score of 63 out of 100.

“I’ve played the damn thing for a whole bunch of hours now, and I still don’t really understand [Metal Gear Survive],” wrote our reviewer, Paul Sullivan. “One second I’m in a thrilling conflict, the next I’m bogged down by repetition and questionable balancing.”

The review praised Metal Gear Survive for having great graphics and “fun exploration mechanics” but criticized it for its use of microtransactions, its survival mechanics (specifically the thirst & hunger meters) and for lacking that special Kojima style that he brought to the series.

Speaking of Kojima, there was apparently an Easter egg that was found in Metal Gear Survive last week that appeared to be a tribute to the series creator.

So Metal Gear fans, what do you think of these sales charts? Is Metal Gear Survive in trouble or do you think that this budget title can pull through? Let us know in the comments section!