In Other Words, Sales Are Bad

According to GFK Chart-Track, Metal Gear Survive (Konami’s spin-off title to Metal Gear Solid) has reached no.6 in its week’s sales. A few days after release, numbers have paled in comparison to The Phantom Pain. Of course, we’re talking about a mainline entry vs a spin-off, Coke vs Shasta. Many of you probably predicted this would happen, so here’s the rundown. 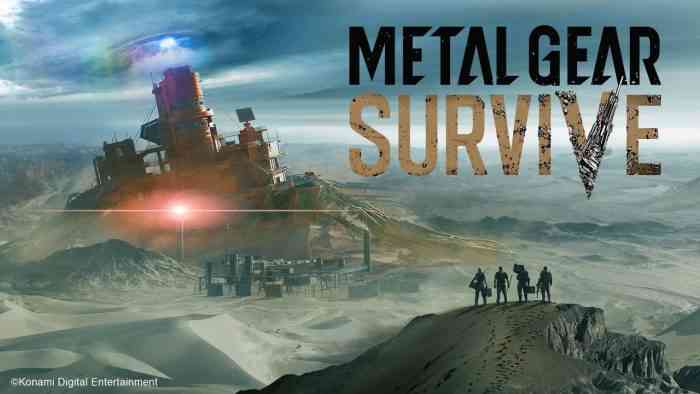 Brough to us from our best mates over at Eurogamer, Survive‘s sales, even compared to Spin-off title Metal Gear Rising, are quite dismal. Of course, Chart-Track does not take digital sales into account. That said, there’s no ignoring the poor performance of physical sales. At this point, it seems the use of a long-established name did nothing for this iteration. On Steam, the numbers are particularly low.

Metal Gear Survive falls down into the deepest circles of Steam, reaching as low as 65 on the list of current players. H1Z1 was witnessing more activity at the time of this writing. Now, if you said Survive was doing worse than LawBreakers, that would be something. Speaking of, go play LawBreakers; that’s a good game that deserves some activity.

Below, you will find the current top 10 Chart-Track rankings:

Stay tuned for our in-depth review of Metal Gear Survive, and be sure to check back for more of the latest gaming news. It’s a bit uncertain where Survive sales will land in the long run, but the future looks bleak. Stay tuned.

Metal Gear Solid 2 & 3 Are Coming Back
Next
Vanquish 2 Is Coming as an Xbox One Exclusive – Rumor
Previous
Sea of Thieves Beta Streams Drove Pre-Orders, Says Producer