Turns out if you pay exceptionally close attention to the finer details in Metal Gear Survive, you can spot what may very well be a tribute to Hideo Kojima. I’m not saying they threw him a parade in-game or anything, but maybe some people on staff remember him fondly? 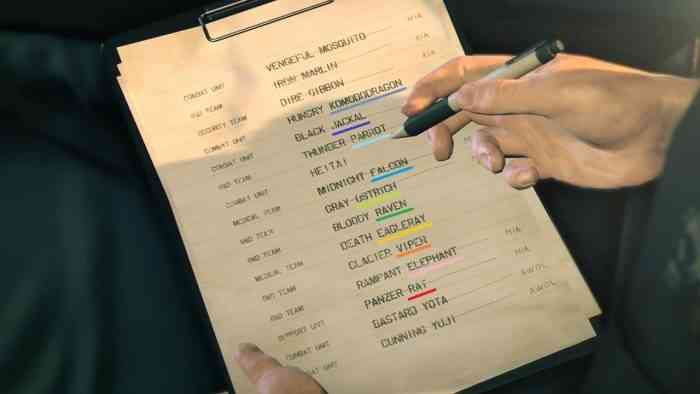 Twitter user Michael Yurko has pointed out that if you take the first letter of the each of the highlighted code names from a certain section of the game, they spell out KJP FOREVER. KJP in this case referring to Kojima Productions. Look, it’s not a thirty-foot statue or anything, but Metal Gear was his baby, right? It would be weird if they didn’t acknowledge this in any way whatsoever.

To be fair, Kojima’s name isn’t exactly plastered all over this game. In fact, I’m pretty sure that this teeny-tiny tribute (feel free to correct me on this one) is maybe the only place his contributions to this landmark series are even sort of mentioned? Jeez, Konami. That’s cold.

The Person Responsible for Delisting P.T. Speaks Out About Konami
Next
Incredibly Rare PUBG Military Skirt Is Now on Sale for $1,260
Previous
The Behemoth’s Hilarious Game Pit People Set for March 2nd Release