Every Nintendo Property will Eventually be Revamped

Nintendo has proven that they want to back old franchises in fun and exciting new ways; enter The Legend of Zelda: Breath of the Wild and Super Mario Odyssey. Because they’re looking at more properties to reinvent, what about Donkey Kong? 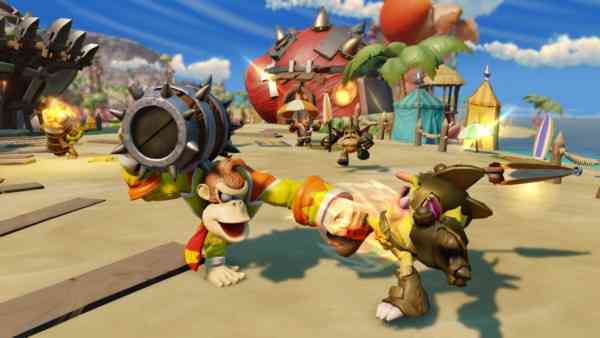 In a new interview with TIME, president of Nintendo of America, Reggie Fils-Aime, gave us a hint at what may be in the works. In promoting Super Mario Odyssey he mentioned how the company wanted new ways to experience classic titles. In so doing, he mentioned Zelda’s departure from its usual formula and even Nintendo’s desire to reinvent Metroid. As you will remember, Metroid 4 was announced at Nintendo E3 2017. But then he mentioned Donkey Kong:

“Whether it’s with a Metroid experience or a Donkey Kong experience, we’re constantly looking to push the envelope on the IP versus doing sequential small iterations with a particular franchise.”

Metroid 4 is already on its way. Super Mario and Zelda have already been done. Now, we have to believe Nintendo has something imaginative planned for the next Donkey Kong experience. Since we’re in the dark concerning Retro Studio’s next project, it’s possible they’re working on the next installment as we speak. If they are, we may hear something in January’s Nintendo Direct. It’s not a matter of ‘if’ the game will come but ‘when.’

For more Nintendo updates as they arrive, keep it locked with COGconnected.

Animal Crossing Carnival Coming With New Update
Next
Sony’s Ghost of Tsushima Trailer Was Captured In-Game; It Only Took over 3 Years
Previous
God of War 4 Shows off Its Combat in an Epic Action-Packed Gameplay Trailer