Purrfect Date Is Pawing Its Way into Your Heart alongside PC, Mac, and iOS This Winter

Meow! Purrfect Date Is Here to Paw Its Way into Your Heart alongside PC, Mac, and iOS This Winter

Purrfect Date is a dating sim video game with an entire premise that’s exactly what you’re imagining right now. Bossa Studios, publishers of ridiculous simulation games such as I am Bread and Surgeon Simulator, is pleased to be in cooperation with the two-person indie studio Bae Team, to bring you a visual novel, a dating simulator, and a British comedy all wrapped up in one neat little cat-shaped package. 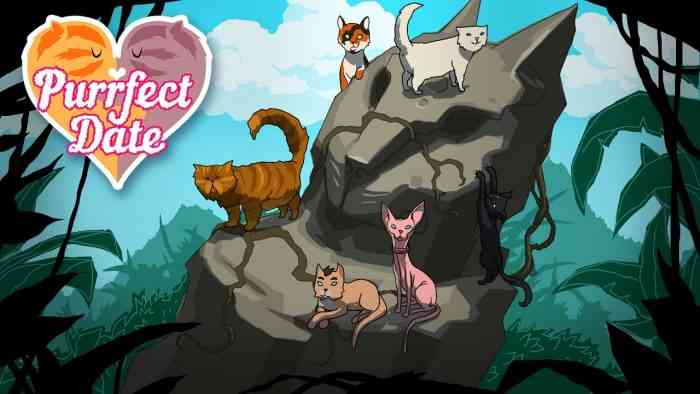 Follow a human researcher studying the felines on Cat Island and challenge yourself to make as little cat puns as possible as you play through this dark British comedy disguised as a visual novel/dating sim. Purrfect your dating skills as you chat up a total of six local felines and win them over, leading to a multitude of branching storylines and endings. Oh and, of course, there will be stat balancing, reconnaissance, dialogue trees, and a plethora of hidden mysteries to uncover while you’re at it.

You can check out the super weird and musical-esque announcement trailer for the game below!:

Bae Studio’s Purrfect Date will be making its way to Windows PC and Mac via Steam and to iOS this winter.