Indygo, a Point-and-Click Story About Depression, Coming to Steam This October

There has been an increase in the amount of emotional, introspective games coming out lately. Thanks to the indie gaming explosion of the last few years, more and more compelling stories are coming out. One such story is Indygo, an upcoming point-and-click game that explores the depression experience from the perspective of an artist. 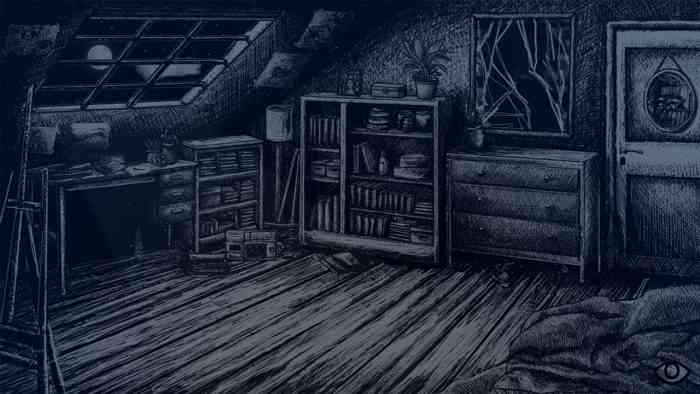 The entire game takes place in a single room, the painter’s workshop. Your character hasn’t left this room in over three months. The game begins when you and your girlfriend decide that it’s time for things to change. Indygo uses a rough, washed-out visual style to appropriately embody the painter’s mental and emotional state. The room will change according to the painter’s changing mental state. This extends to the game’s multiple endings, which are chosen by the seemingly trivial actions of the player throughout the game.

The developers consulted a variety of mental health specialists in order to capture and reproduce an authentic experience. In addition, Fat Dog Games talked to people suffering from the illness. For the devs, it’s important that players get “a deeper insight into the thoughts and actions of those who are suffering from this mood disorder.” The game will be released on October 10th, also known as World Mental Health Day. For a better look at the atmosphere and environment, you can check out the trailer below.