Mutant Alien Moles of the Dead Burrow Onto WiiU

Mutant Alien Moles of the Dead are invading! (That sure is a mouthful!) Pixel Bones Studio and EnjoyUp Games have announced the North American release of their quirky game of quick reflexes and oddly adorable mutant alien zombie monster things to the Nintendo Wii U. Check out the trailer below:

The story to the game is fairly simple: mutant alien moles are invading and its up to you to stop them with a hammer. It’s really just the next step in making a fun and replayable version of whack-a-mole but with some kooky and odd details. The game touts a whole host of new features and game modes to keep things interesting including boss stages, power ups, a Game-and-Watch feature, secret levels and more. 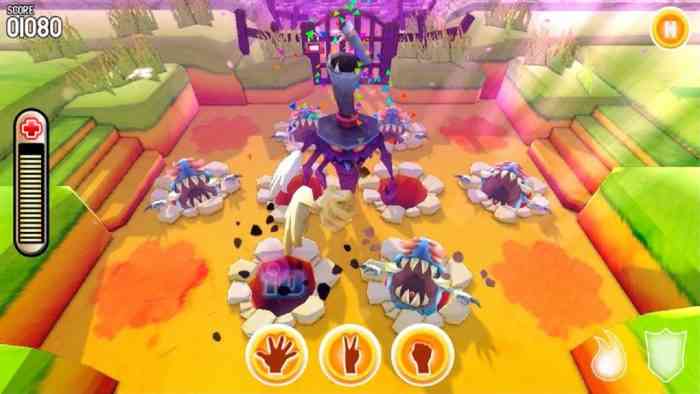 Mutant Alien Moles of the Dead is available now for digital download on the Nintendo eShop for WiiU at $2.99 USD. While the game does not currently have its own official website, you can check out EnjoyUp Games Facebook page for more details on it and some of the other projects they have worked on.

Is this a title you are interested in? Have you already given it a try? Let us know what you think about this bizarre yet adorable new take on Whack-a-Mole on Facebook, Twitter, or the Comments section below.