News for the Historical Fantasy Game Developed by Spiders

GreedFall has been a bit of a mystery since its reveal a few months back. Nevertheless, it’s a game by Focus Home Interactive and has a lot of attention. Today, we learned that this new game will be showcased at E3 2017. 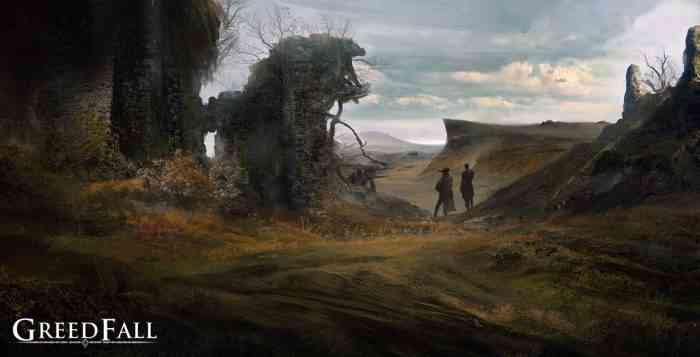 GreedFall’s Facebook page was updated earlier today, announcing that the game will be available in “face-to-face sessions with developers.” That’s during the E3 proceedings, June 13-15. Whether or not the game will get its own major presentation, that is still unknown. However, their page also said to expect a preview soon.

Thus, expect a preview… “soon.” Gameplay would be nice.

Concerning the details of this new game, we have little beyond the trailer. But we do know it will be an RPG with supernatural elements; additionally, it will be open world and set in what looks like the 17th century. The IP is developed by Spiders, the same minds behind Technomancer and 2014’s Bound by Flame; thus, we know the team has experience with fantasy settings.

Any thoughts or speculation toward Focus Home Interactive’s GreedFall? Let us know in the comments below. Expect it for PC, PS4, and Xbox One whenever it does release.

Explore a fresh new world as you set foot – alongside many other settlers, mercenaries and treasure hunters – on a remote island seeping with magic, rumored to be filled with riches and lost secrets. A grand journey filled with mystery follows, as you find yourself in the middle of ever-increasing tensions between the invading settlers and the locals, protected by supernatural beings, manifestation of the island’s earthly magic.

Hood: Outlaws and Legends Season One Coming In September