Ready at Dawn’s “Deformers” To Get Open Beta; Will Run on Same Engine as The Order 1886

Last year we told you that The Order: 1886 Developer Ready at Dawn was working on a project. After inking a deal with GameStop’s publishing arm GameTrust, The Order: 1886 developer Ready at Dawn announced its new game called Deformers. Deformers is an online multiplayer combat arena game that puts the emphasis on physics. It was supposed to come out on February 14th, but Ready at Dawn delayed it. The game’s Creative Director posted on Neogaf to confirm that the delay is going to be short and there will be an Open Beta on Steam. He also provided some other interesting little nuggets. 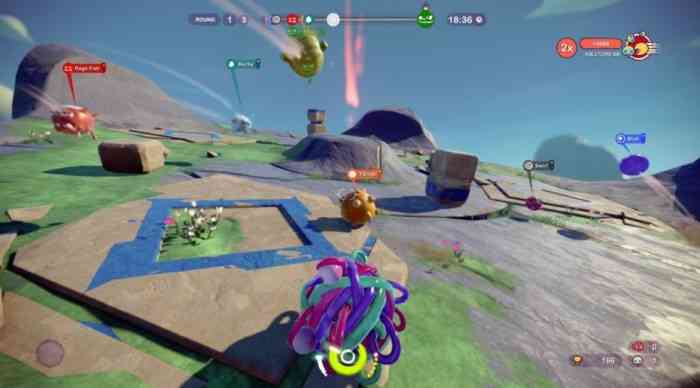 The Creative Director said: “Hello everyone! The delay will be short, we just need some more time to properly stress-test the game. We will announce the actual and final release date soon. We are ramping up to do an open beta on Steam, that way we get to test our infrastructure and everyone that wishes to will be able to try it out and discover why we love this game so much.”

In a subsequent post on the popular board, he also revealed Deformers’ technical details. The game runs on the engine built for The Order: 1886 and will support PlayStation 4 Pro with specific enhancements.

“On PC we give you every rendering and fidelity option we can (of course), here’s a look at those currently.”

Giving PC gamers the option to fine tune performance and rendering of @DeformersGame so it looks and plays its best on their hardware. 🙂 pic.twitter.com/vfOmEqm7Rh

It was also confirmed that PS4 Pro owners might get higher than 1080P resolution when not playing in splitscreen.

Ready at Dawn Revisits The Order: 1886
Next
Splatoon 2 Demo Coming to the Switch in Late March
Previous
Zelda: Breath of the Wild Game Guide Shoots to Amazon #1 Best Seller