Ready at Dawn Revisits The Order: 1886

Ready at Dawn Learned from The Order: 1886

The Order: 1886 was the first original IP from Ready at Dawn, an independent studio that made its footprint with Daxter and God of War: Chains of Olympus. And although the PlayStation 4 exclusive was marketed as Sony’s next big franchise, it was a commercial and critical failure. 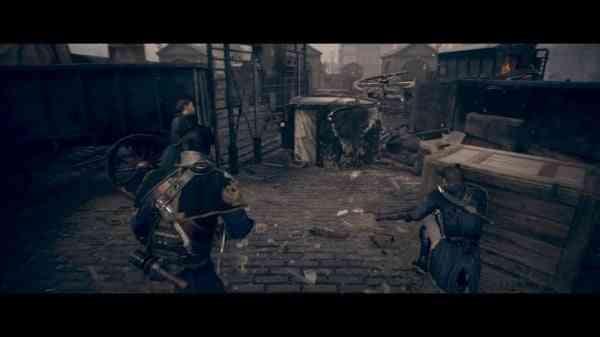 Polygon recently talked to the game’s creative director, Ru Weerasuriya, who is also Read at Dawn’s CEO, and discussed what he thinks of the game today and what the team has learned.

“Our thoughts haven’t evolved as much as people might think over time. We know what we did,” he said. “We’re proud of what we did. That game was a huge thing as far as the studio was concerned, the amount of work it to get it there.”

“Looking back at it, of course, we look at it as a great first step into a new IP,” he continued. “We look at it, also, as us spreading our wings in many ways, and learning a lot that ultimately we carried over after this game. A lot of things that we learned over the course of the development of The Order — and past that — we’ve carried to everything we do today.”

Despite the rocky reception, Weerasuriya seems confident that the company will return to high-budget, third-person shooters again.

“We have it in our DNA,” he said. “We’ve kind of gone [to] many different places in game design, in game genre, in the ways stories are told. From a platformer, to an action game, to an RPG, to a combat game, to a VR experience, to a third-person shooter, for 15 years we’ve done a lot of different things.”

“But also, again, it’s a [tribute] to the team and the talent of the team,” he continued. “They had a drive to basically explore, become better. Like, ‘Personally, as a developer, how can you improve your craft?’ All of these people took those challenges on. So, for us to go back to bigger budget and make something on console, yeah, it’s in our DNA. We will always kind of have that balance. I think the studio is never stuck on one thing.”

At the end of the day, Weerasuriya seems happy with the way the game turned out and eager to use the results of their experimentation for future games, whatever they may be.