Unholy Night Comes to the SNES

Yes, you read that title correctly. It appears that developer FOXBAT Corporation, which includes some former SNK The King of Fighters developers, plans to release Unholy Night: The Darkness Hunter in February 2017. Unholy Night is a fighting game that will release on a physical SNES cartridge.

With fighting games such as Injustice 2, Marvel vs. Capcom: Infinite, and Tekken 7 releasing in 2017, Unholy Night brings a more retro feel to the ever advancing genre. Not much is known about this mysterious title at this point, but it was available on the show floor at the Hong Kong Retro Game Expo earlier this week, complete with some Capcom fight sticks. 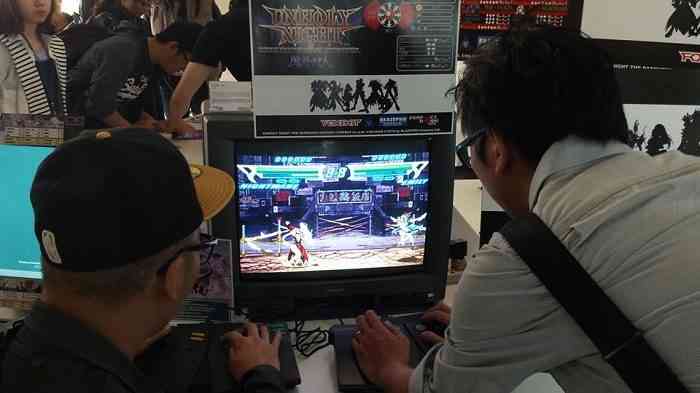 A look at a translated version of the game’s official site reveals a Story Mode, Battle Mode, and a Survival Mode. The game takes on a darker, supernatural tone, mentioning vampires and werewolves among the characters and plot. The background of the title features a good versus evil approach with a “Hunter Family” and the monsters under the label of “Darkness”.

Six characters have been revealed so far, including the half-human, half-vampire, Hunter named Blaze. It remains to be seen whether the game features more than these six characters. Perhaps the biggest question remains: What is the point of Unholy Night? Is it simply a creative project? Is it a marketing ploy for a future, current generation version of Unholy Night? Unfortunately, at this point, we don’t know whether this game will even make its way west.

Though fighting games seem to have become less popular over the years, Unholy Night is sure to turn some heads given its platform, but will it look to break some combos and take its place among the heavy hitters?

What do you guys think about a new game on the SNES? Let us know in the comments below or send us a tweet!