2 More Games Added to the Xbox One Backwards Compatible Lineup

The Xbox One Backwards Compatibility program has been a success. New games are added weekly to the ever-growing lineup. Often they’re games we don’t really want but every once in a while a really great one comes through. Last month, Phil Spencer suggested that every 360 game could become backwards compatible. How amazing would that be? As we wait for that to happen, more games were announced today, via Twitter, by Microsoft’s Major Nelson. 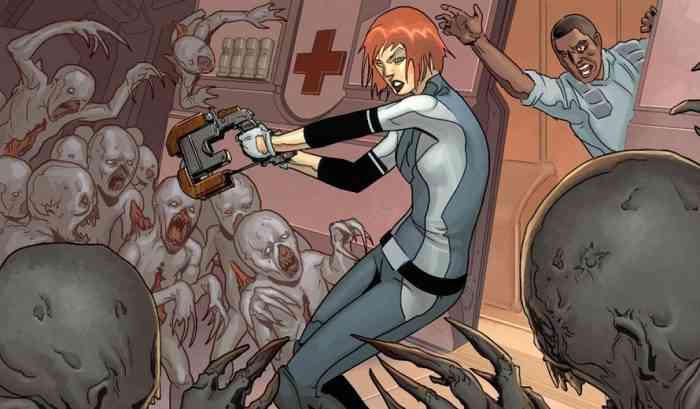 Escape Dead Island is a Survival-Mystery game set on the enigmatic island of Narapela after the events of the zombie outbreak of the original Dead Island. The story lets players unravel the origins of the zombie virus through the eyes of the would-be documentary journalist Cliff Calo. There are no superpowers to keep Cliff alive, just a few makeshift weapons against hordes of infected zombies. It will be integral to choosing wisely between stealth and combat at certain moments in the game.

Dead Space Ignition combines an interactive comic-style story with three unique hacking mini games; Hardware Crack, Trace Route and System Override. Each game offers a fun and satisfying arcade experience that will challenge players with puzzles and twitch gameplay. Dead Space Ignition features a unique. Choose Your Own Adventure type narrative, allowing players to survive the horrific Necromorph outbreak in multiple ways. The game offers four unique endings and upon completion of each one, players will be rewarded with unlocks including an exclusive suit, all of which can be used by Isaac Clarke in Dead Space 2.

If you already own Dead Space Ignition or Escape Dead Island on Xbox 360, then you don’t have to worry: they should show up automatically in your Xbox One game library. If you don’t own them, you can buy them through the Xbox Live Marketplace right now for the following prices: