Detroit: Become Human was revealed back in 2015 and immediately had us interested. The developer responsible for former PlayStation hits Heavy Rain and Beyond: Two Souls showcased a visually stunning epic with what looked to be an incredibly engrossing narrative to go with it. Now, thanks to a recent interview on GamesIndustry.biz with James Batchelor, co-founder of Quantic Dream and David Cage, the director on Heavy Rain and Beyond: Two Souls, we have some more details (albeit minor ones) on how Detroit: Become Human is shaping up. Let’s get warmed up with the trailer, shall we?

The interview focuses on many things about Quantic Dream but our focus is on comments made regarding Detroit: Become Human. The interview is well worth reading in its entirety so consider giving it a once over. David Cage has this to say about the narrative for the game;

It’s a big burden, to be honest. I’ve just finished the script for Detroit. It took me more than two years, and that’s working around six days a week. It’s probably 20 times more complex than anything we’ve ever done. It’s a lot for one brain to handle.

Fortunately, I have a very talented team helping me keep track of the branches and finding good ideas for each one. When it’s just one brain, you can only have so many good ideas in one day. The fact that it’s collaborative work helps me, but I like the fact that it starts with something very personal.

Now, if you’ve played any of Quantic Dream’s previous offering you’ll know that complexity is something they do well with storylines that weave in and out of each other with great detail. To think that we can look forward to something nearly 20 times as complex with Detroit: Become Human makes the wait that much harder to deal with. Although no release date has been set we are expecting the game to drop sometime in 2017. 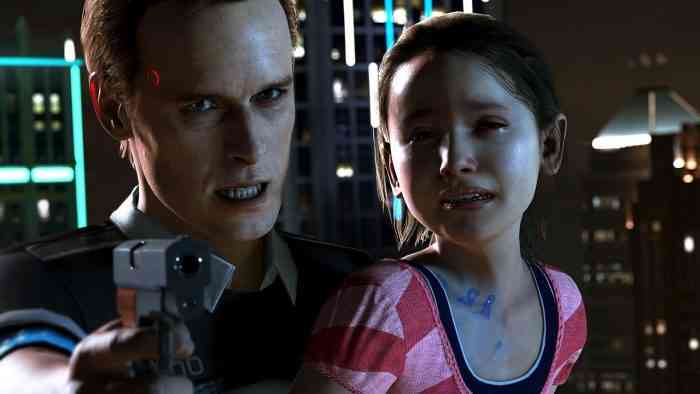 As always, keep it locked to COGconnected for more details as we have them.