Ubisoft and Blue Byte have released the new Anno 2205 Veteran’s Pack, which is free for all players, and revealed plans for upcoming downloadable content. The Anno 2205 Veteran’s Pack offers challenges for experienced Anno players and introduces new features, such as additional quest types, user interface options and ornaments.

At the core of the Veteran’s Pack lies a new, harder difficulty mode, pushing players to their limits where more careful planning is required to grow their corporations. Players can adapt the new difficulty settings to their existing profiles or start a new corporation from scratch. Players will also experience new types of quests, a community-requested quick view mode for all buildings in the sector, and the option to exclude certain goods from consumption. Three new ornaments allow players to make their cities more diversified and performance updates such as improved start and loading times are included as well.

More new content is already in development for Anno 2205. This May, another free DLC, the Big Five Pack, will be released, bringing the Economic Warfare feature to the game. Here, players have to battle for shares of the Big Five, the five most successful competitive corporations, but they also need to defend their own corporation’s shares. Moreover, new Sector Effects can add a permanent or temporary positive or negative effect to players’ sectors. 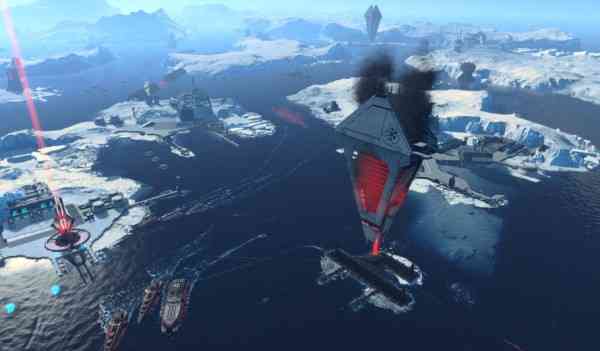 In June, the Anno 2205 Orbit DLC will allow players to build their own modular space station, which offers a brand-new science and research system to upgrade different areas in their corporations. Orbit is part of the Anno 2205 Season Pass but can also be purchased separately.

Anno 2205 is in development at Blue Byte, a Ubisoft studio, and is available now. For more information about Anno 2205, check out their website, here.

Anno 2205 Review – A Costly Dumb It Down Simulation Game

ANNO 2205 Rockets Into Availability
Next
Grand Theft Auto VI in the Works: Report
Previous
Playground Games and Others Step Up in Wake of FreeStyleGames Layoffs