Today, Ubisoft announced that Anno 2205, the sixth installment in the strategy city-building series, is now available in stores and as a digital download for Windows PC. Developed by Blue Byte, Anno 2205 marks the first time the franchise is extending its reach to the moon and venturing into outer space.

In Anno 2205, players will develop futuristic cities on Earth that are capable of launching missions to the moon as they race to establish production colonies on the lunar surface. By colonizing the moon and Arctic regions and mining the resources to send back down to Earth, the cities will flourish from the technological advancements and transform into thriving metropolises. The game also uses a revolutionary session mode that lets players control several sessions on Earth’s temperate and Arctic regions, and on the moon simultaneously, connecting multiple regions across different gameplay sessions. 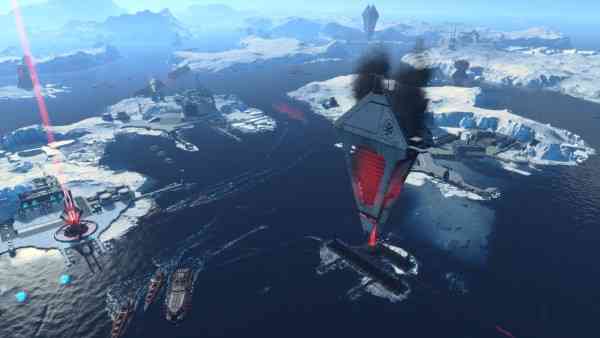 The new Anno 2205 Engine advances city-building so players can build cities reaching one million inhabitants on islands five times the size of those in previous Anno games. A high level of graphical details immerse players in the thriving cities with flying cars, churning factories, bustling stadiums and transit stations, and grinding mines.

“We are very proud to finally let Anno fans and newcomers enjoy the next evolution in the Anno series. After more than three years in development, Anno not only reaches for the stars but is also the biggest Anno ever created.” ~ Burkhard Ratheiser, Executive Producer

Anno 2205 is available in two editions in North America – the standard edition and the Gold Edition. The standard edition will include the full Anno 2205 game experience. The Gold Edition will include the full Anno 2205 game experience, as well as access to two expansion packs that will be released after the launch of the game. These pieces of downloadable content will allow players to explore two regions, Tundra and Orbit, to gather new technologies to further develop their corporation. The expansions will also be available to download separately, or as part of the Season Pass for players who already own the standard edition.

For players who want to extend their experience even further, Anno 2205: Asteroid Miner is a galactic Match 3 puzzle game developed specifically for mobile devices to give both fans and newcomers a challenging new approach to the Anno universe. Players can also transfer rare materials acquired from the app into the PC version of Anno 2205 to help grow their empires and master their city-building skills.