The final chapter of Nathan Drake’s adventures is only weeks away.

In the meantime, you can check out the new CGI trailer playing in theaters this weekend.

The trailer gives you a glimpse of the story in Uncharted 4: A Thief’s End.

This new CGI trailer for Uncharted 4: A Thief’s End can be seen in theaters this weekend alongside the release of Batman v Superman: Dawn of Justice.

The new CGI trailer shows how the final chapter of Uncharted will test Nathan Drake to his limits physically, mentally, and emotionally.

Uncharted 4 is set several years after the events of Uncharted 3: Drake’s Deception with Nathan “Nate” Drake, now retired as a fortune hunter, settled into a normal life with his wife Elena Fisher. His world is then turned upside down when his older brother Sam, long believed to be dead, suddenly reappears seeking Drake’s help. Together they embark on a globe-trotting journey in pursuit of a conspiracy behind Libertalia, a long lost pirate colony, and its fabled pooled pirate treasure. 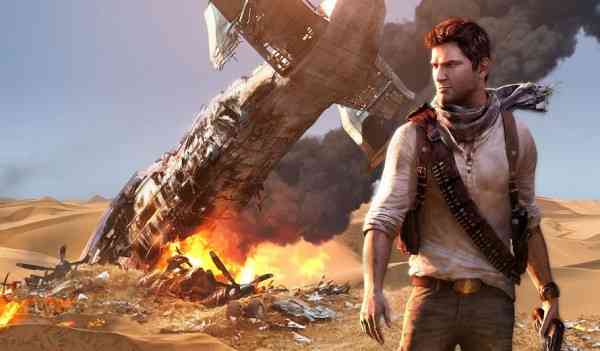