It looks like Heavy Spectrum has some great news for PlayStation fans. Shadow of the Beast will be launching in North America on May 17th, 2016!

The game follows the story of the original predecessor from way back in 1989, that debuted on the Commodore Amiga. Once again, players control Aarbron, who was kidnapped as a child and corrupted through magic into a monstrous warrior-servant. There are no details yet about the lord Maletoth or the fact that the creature’s memory of his human life returned when he watched a man being executed, facts that occurred in the first game.

They’ve been hard at work fine tuning the game and have made significant changes in the last few months. Fans of the fighting genre will be excited to hear that they are now targeting 60 frames per second for a buttery smooth experience and they’ve also tuned up the combat from top to bottom honing in on optimal response times.

The game’s protagonist, Aarbron has also received upgrades to the full extent of his abilities and they’ve equipped him with some of the mystic artefacts that add much more depth to gameplay. Shadow of the Beast feels quite different to other combat-adventure games, but hopefully people will find it very rewarding!

Heavy Spectrum shared a new screenshot today that also reveals a feature that hasn’t even been mentioned yet – the gun! 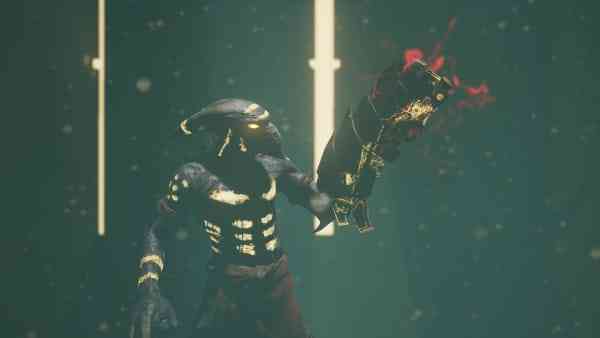 The game will be available for pre-order soon in the US and Canada on PlayStation Store and will include a fantastic dynamic theme to let you fully immerse yourself in the world of Shadow of the Beast.


Review of Features of PS Gift Card to Buy

Wukong Swings on to the PlayStation Store Today

Cyberpunk 2077 Devs Work to Settle With Investors Over Botchy Launch

Cyberpunk 2077 PS5 Upgrade Will Be Out Later This Year
Next
RollerCoaster Tycoon World Now on Steam Early Access
Previous
Gamer Out Cry of the Week? Over-Sexualization in Games, So What’s Up with Street Fighter V?