Esper 2, the sequel to Coatsink’s Esper, has been revealed at Oculus Connect 2 for both Oculus Rift and Samsung Gear VR, powered by Oculus.

Esper 2 will feature the voice talents of Nick Frost, Sean Pertwee and Lara Pulver. Eric Meyers, the voice of Geoff in the original Esper will also be making a return in Esper 2. 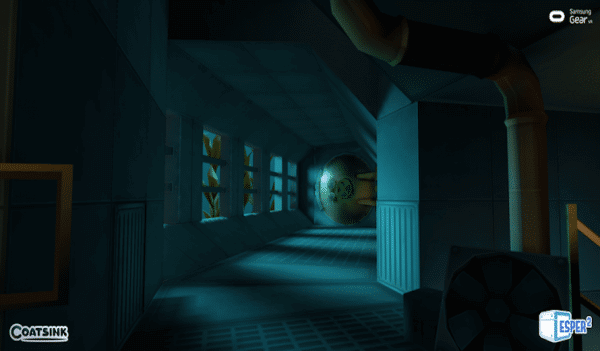 About Esper 2
Reprising your role from the original game, become an agent of ESPR, an organisation setup to deal with the recent outbreak of telekinetic powers among citizens. Travel to exotic locations; solve puzzles, discover secrets, foil nefarious plots, and fall unconscious multiple times. Interact with a dynamic array of new characters voiced by notable actors Nick Frost, Lara Pulver, and Sean Pertwee, who join Eric Meyers, the esteemed vocal talent from the original game.

Join the ranks and travel the world in a first-person puzzle adventure designed especially for VR, while trying not to aggravate the game’s characters in the process… because they’ll let you know if you do. Good luck.

About Coatsink
Coatsink was founded in late 2009 by Tom Beardsmore and Paul Crabb. Since then the team has grown into a 25 strong team of developers. Coatsink currently has multiple titles in development, including Shu and SuperGlad. Previous releases include Esper, Chip and Pinch/Pinch 2.