After four years in development, Klonk Games have finally released their second game, Shift Happens. Shift Happens is a physics based puzzle-platformer, meaning you’ll need to jump, throw, push, pull and run your way through puzzle after puzzle to pass each level. It’s a formula you’ve played before – probably many, many times before. But does Shift Happens offer enough fresh content to justify a playthrough?

The story begins as two jelly creatures, Bismo and Plom, become mutated in an accident at the factory that they were created. Normally, these creatures can become big or small on their own, but now, Bismo and Plom are interconnected! If Bismo is big, then Plom is small and vice versa. The two must travel together through four worlds to find a machine that’ll restore them to the way they were.

Shift Happens offers three ways to play: single player, couch co-op and online co-op. While I didn’t get an opportunity to play online, I did get plenty of time with both single player and couch co-op. One thing that really impressed me was the way the developers treated the difference between co-op and single player. In fact, most of the levels feature a unique layout, depending on which mode you play. In single player, you’ll control both characters – but only one at a time. This causes the pacing to slow to a crawl, but it also allows you to better plan your approach without the need to communicate every action. Conversely, in co-op, you need to communicate everything! If you shift from big to small, and your partner is in a small space, they’ll turn big and die.

“You’ll be shifting between sizes many times throughout a level – but it’ll only work with solid communication.”

Death of one partner just means the other one needs to revive them (by holding down the revive button – and fortunately you don’t need to be near them). However, if both of you die, you’ll have to start the entire level over again. You’ll rely on each other for many things; the big partner can throw the little one, but the little one can jump higher and further. You’ll be shifting between sizes many times throughout a level – but it’ll only work with solid communication. There’s no combat in Shift Happens, the entire game is platforming and puzzle solving from start to finish. Puzzles usually revolve around moving blocks (or using your characters) to activate switches, which usually unblocks the path. The level of difficulty can get pretty steep though. When you’re playing single player, it’s a little easier to try and figure things out, just because you can simply act without needing to discuss with a partner. 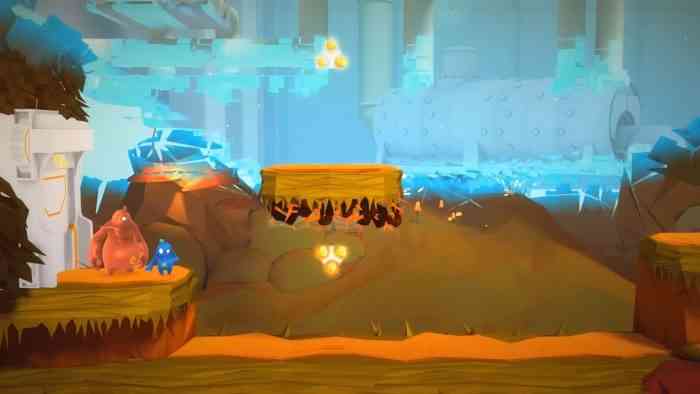 The game has its share of glitches and issues that can be really annoying. For one, if you’re playing with a second player (via couch co-op), the other player doesn’t get a chance to sign in, so they won’t earn any achievements. Then there’s the occasional stutter, where everything will essentially freeze for a good two to three seconds (usually while picking up a collectible). While this isn’t always a problem, sometimes if you’re in mid-jump, it’ll throw off your timing and lead to a frustrating death. And finally, during couch co-op, we experienced a bug where my partner was completely invisible where he actually stood, but oddly enough you could see his character hovering high above in the air. It was very bizarre, and ultimately lead to us dying and needing to restart the level. It only happened once, but was still worth noting.

Visually, Shift Happens is hardly ground-breaking. The jelly-like characters that you’ll play as have personality and some fun animations. The environments change between worlds (thanks to “holodeck” technology), but none of the worlds really stood out for me. There was only one moment when I thought “hey, that looks neat” during the Forest world where we see some animals moving around in the background – it was a nice touch. The soundtrack is a bit dull, repeating very similarly sounding music throughout the entire game. 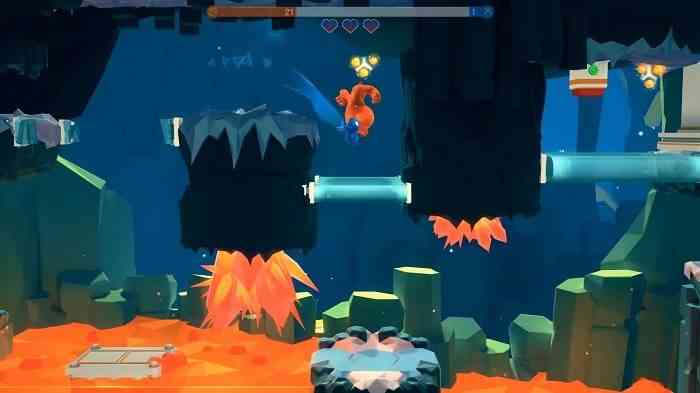 Shift Happens is yet another stab at the over-saturated physics-based puzzle-platformer market. It has some positive notes, such as the ability to play single player, couch co-op and online co-op (even going as far as offering unique levels depending on whether you played co-op or alone). The characters have some fun animations and some of the platforming was well-designed – you always get a bit of a rush when you nail a great throw of your partner. Unfortunately, the game also has a number of issues too, such as the numerous glitches and steep difficulty curve (particularly in co-op). If you’re looking for a decent co-op puzzle-platformer, then Shift Happens should be able to fill that void. 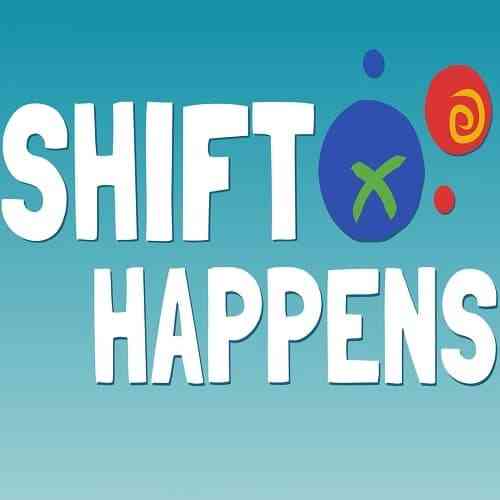