More than eleven years have passed since Resident Evil 4 first hit Nintendo’s GameCube, and since then many competitors have attempted to topple its status as the king of survival horror. As of yet, though, none have succeeded, and for good reason. It also comes as no surprise that Capcom’s seminal effort has become one of the most re-released experiences in our industry.

After mutating and spreading its spores to the PlayStation 2, PlayStation 3 and Xbox 360, Resident Evil 4 is now available on both Xbox One and PlayStation 4, using the PC’s Ultimate Edition as its backbone. The result is one of the best ways to experience this great game, thanks to benefits like 1080p resolution and an almost constant 60 frames-per-second framerate. Of course, even with those impressive bullet points, one must still take personal experience into consideration before purchasing, because there are only so many times that you can justify buying the same thing.

“The result is one of the best ways to experience this great game, thanks to benefits like 1080p resolution and an almost constant 60 frames-per-second framerate.”

Resident Evil 4 picks up in a remote part of Europe, where ominous looking trees and disheveled greenery portray a region that has seen better days. It’s here where a tip has led Resident Evil 2 star Leon S. Kennedy, as he searches for the whereabouts of the President’s kidnapped daughter, Ashley.

Driven into the deep countryside with the help of a couple of European officers, Leon finds himself at the outset of a ramshackle village that stinks of something corrupt. Things seem rather quiet at first, as they always do, but it quickly becomes evident that something is very, very wrong with the villagers, who utter little in the way of actual words and shamble like things possessed. That is, of course, the case, as those who’ve spent time with any of the past versions of Resident Evil 4 will know. The villagers – who would rather kill than converse – have come under the spell of their religion, after joining a cult that uses parasites to turn its hosts into thoughtless drones. Zombie-like in stature, but with behaviours that succeed those of a typical brain-eating shambler, they offer a difficult challenge that further emphasizes the need for headshots.

Known as the Los Illuminados, this particular cult – with its Los Plagas parasites deeply embedded within — aims to send a message to the rest of the world with its decision to kidnap the President’s daughter. It’s up to Leon to find Ashley and rescue her from imminent danger, as well as one of the most disturbing locations in gaming history. As with zombies, the key to taking out one of these cultists involves aiming for the head. However, as you’d expect, there’s more to things this time around. As Leon delves deeper into this deranged village, he discovers more advanced forms of parasitic mutation, many of which become apparent after the host’s heads have exploded. It’s here where the game’s true enemies show, and dispatching of them requires more than a couple well-placed shots into their flailing tentacles.

What makes Resident Evil 4 such a tense, unnerving and challenging experience is that it isn’t afraid to throw the kitchen sink at you from time to time, nor does it shy away from epic boss fights. Leon is up against a seemingly endless amount of enemies – from cultists to infected dogs, giant fish and chainsaw-wielding bullet sponges – and must use everything at his disposal in order to survive.

“What makes Resident Evil 4 such a tense, unnerving and challenging experience is that it isn’t afraid to throw the kitchen sink at you from time to time, nor does it shy away from epic boss fights.”

When Ashley is found early on, her survival quickly becomes another worry. That’s because, unlike your traditional ally, she requires constant attention and mothering in order to achieve success. Health is shared between the two characters, and follow commands often factor into the equation, allowing Leon to take care of business as his prized objective hides in the confines of rusty chests.

Having to babysit Ashley can become a bit of a bane from time to time, but it adds tension and fear to an already pulse-pounding game. Granted, her AI can leave something to be desired, especially when she gets stuck somewhere and must be retrieved.

Another area where Resident Evil 4 shows its age is in its aiming mechanics, which take time to get used to. Its combat can be considered clunky in comparison to modern games, but its mechanics lend themselves to the type of title that this is. After all, this is Resident Evil, which has always had its own way of doing things.

Getting used to the controls, and what you’ll need to do to survive, can take some time, but it’s worth it. Once you get the hang of things (again, or for the first time), you’ll find yourself immersed within a great game that doesn’t feel like it’s eleven years old. Plus, with how much content you get from the lengthy single player campaign and Ada Wong’s more compact story add-on, it’s hard to argue about the bang for your buck here. Of course, one must make concessions before hopping into this most recent version of Resident Evil 4, given that it’s not a remaster. Sure, things have been improved and its 1080p/60 FPS presentation is much appreciated, but you’re still going to be looking at a lot of older assets, from blurry wall textures to dated animations. That said, what’s most impressive about this game is how well it stands up and how easy it is to overlook its age, which shows less than you’d expect.

If you’ve yet to have had the pleasure of playing through Leon Kennedy’s harrowing journey through derelict Europe, it behooves you to download (or physically purchase) Resident Evil 4 on PlayStation 4 or Xbox One. However, if you’re on the other end of the spectrum and happen to own multiple copies of the game, mid-level improvements may not be enough to warrant another twenty-five dollar expense. Either way, this is a very impressive port, which is bereft of notable issues and only experiences the odd hiccup, making it perhaps the best version of the phenomenal survival horror experience to date. 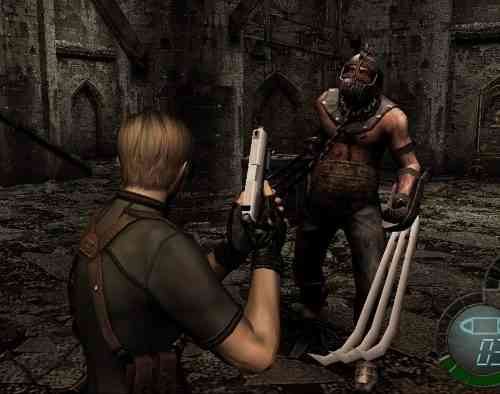 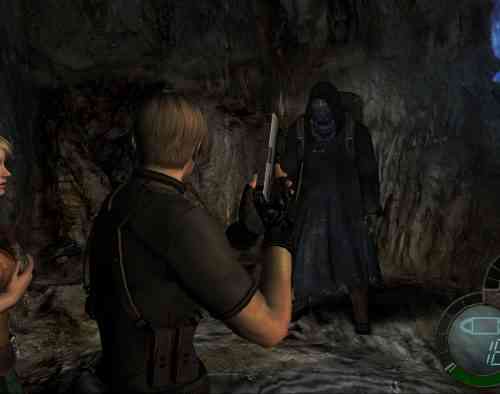 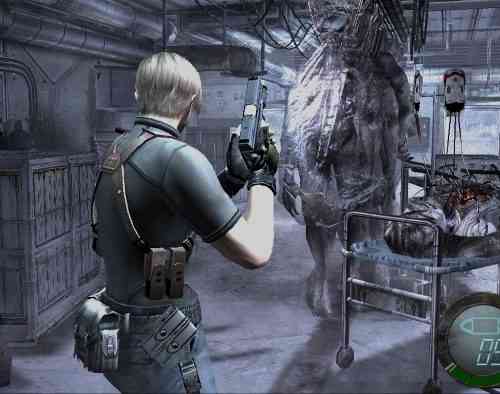 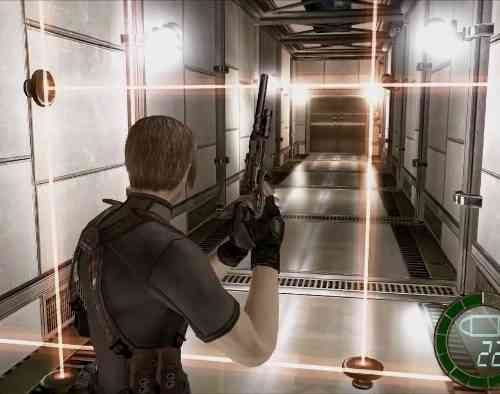 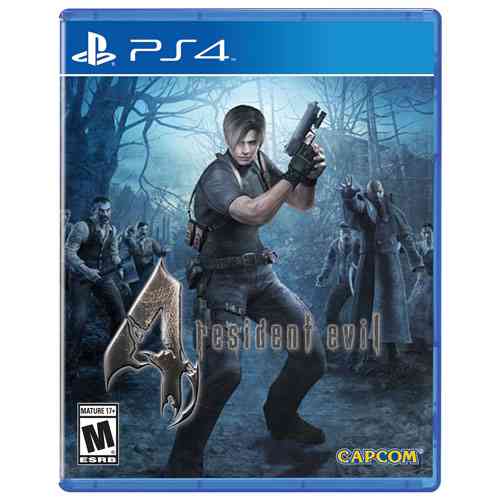