One Way Trip Review – The Most Boring High of Your Life

Every now and then, special games come by that change how we look at the art form. Other times, they make us question why it was even made in the first place. One Way Trip edges closer to the latter. With what could have been a trippy and psychedelic story featuring a few endearing characters and some gonzo artwork, One Way Trip instead ends up a disappointing experiment. It lacks a crucial main ingredient of a video game – Gameplay.

One Way Trip is a visual novel, despite the official description calling it an adventure game. There is no real game here and unless you enjoy looking at nearly static artwork while pressing ‘X’ over and over again, you will probably find yourself bored out of your mind by the end of the first hour. I sure did.

The premise could have actually been a great set-up for a hallucinatory journey through a wild and varied event where characters learn more about themselves and each other and what’s ultimately important to them in life. But that’s not what we got. Instead, we got an exercise in tedium that could have been so much more with a little extra ambition behind it.

“Things actually start off well enough, but as the minutes and hours roll by while more and more characters are introduced, I soon realized that I simply didn’t care much for anyone.”

In a nutshell, our lead characters Barry and Gordon as well as many of their associates have been poisoned by a tainted water supply. They’ve got 6 hours left to live and go through this event tripping balls due to the poison’s bizarre effects. Things actually start off well enough, but as the minutes and hours roll by while more and more characters are introduced, I soon realized that I simply didn’t care much for anyone. There’s very little in the way of interesting character development which is crucial to something so centered on story over gameplay.

Writing seems engaging at first, but soon becomes a little obnoxious as the repetitiveness of the dialogue options become apparent. The story is guided by these choices but I never truly felt like I was impacting things moment-to-moment in any meaningful ways. Instead, going through the motions and hoping for the credits to roll. 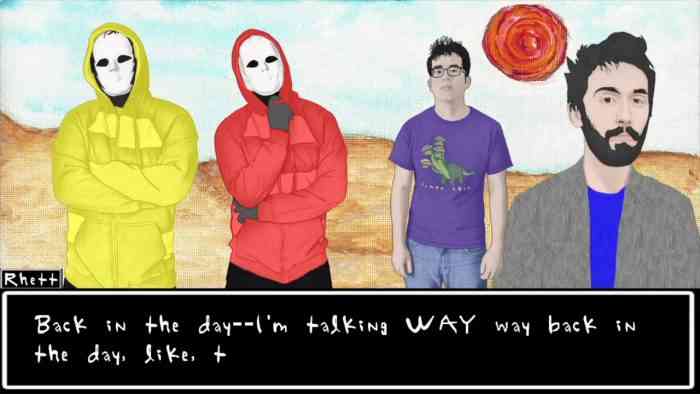 Pacing is utterly terrible and it’s compounded by the fact that the in-game “video game” you can play – named Demon Chic – is excruciatingly slow and barely different from the surrounding content. In fact, the first time one of these sections ended, I had forgotten that I had even deviated off the story until I saw Barry and Gordon on screen again. All you do here is manage a character’s time by choosing whether to smoke-up with your buddy, do homework, sleep, or play a video game (yes, a game within a game within a game). That last option got me excited the first time as the options were to play an indie game, retro game, shooter or a rocket-league inspired title. I thought, here we go! Here’s where the real fun is to be had! Wrong. All you get presented with is a dialogue box proclaiming you “played an old game. It was harder than you remember but you still had fun”.

“The artwork is interesting as well but like the repetitive dialogue options, the visuals become less and less appealing as you see the same few animations over and over and over again.”

It’s not all bad though. There’s a great soundtrack that falls into the experimental category as well. With some great beats and lyrics that lend themselves nicely to the narrative’s out-there premise even if at times they distract from reading the dialogue. The artwork is interesting as well but like the repetitive dialogue options, the visuals become less and less appealing as you see the same few animations over and over and over again. With so much apparent development time behind the title, it’s a letdown to see so little dynamic action happening on screen.

Visual novels should grab the attention of the reader/player quickly and present interesting choices that play out in equally interesting and varied ways to keep engagement high. But with only a few smile inducing moments and a complete lack of interesting interaction, One Way Trip ends up falling flat and may leave you begging for the credits to roll, if you can even last that long. 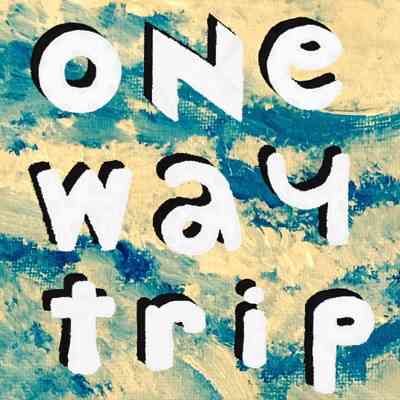