Aerial combat in video games has been hit or miss for me: it is either handled extremely well or slapped together as an add-on to diversify the gameplay of a different property. For some games, flight is a means of transportation that just happens to be able to shoot at things and blow them up. For others, it is your very means of survival. Strike Vector EX not only finds an exquisite balance of features in its futuristic dog-fighting, it excels at it.

Developed by Ragequit Corporation, Strike Vector EX sees the player take control of a new recruit for the Consortium, one of two factions the human race finds themselves a part of in a global war, the other being the supposedly menacing group The Syndicate. The opening dialogue for the story sets a fresh tone as the protagonist, Marv, recalls being a child wishing to become a vector pilot when he grows up, how much he dreamed of flying a vector. When he finally gets the chance, he isn’t the brave hero one comes to expect: on the contrary, he fears for his life because he understands the brutality of war. It’s a nice change of pace for a combat game but as the story progresses you find yourself wondering why any of this is happening.

“Strike Vector EX not only finds an exquisite balance of features in its futuristic dog-fighting, it excels at it.”

The game opens with the groundwork for a solid story but the actions each character takes just doesn’t make sense, there is no reason behind their choices and actions. Before you even complete the basic tutorial missions, Marv and a fellow vector pilot decide to desert the Consortium – which they grew up a part of – for no reason except that a pilot from the Horde – renegade pirates –  offered them the chance to switch sides. There was no logic behind it and as the story progressed the actions just seemed more irrational and unexplained. It’s a pity because there is a lot of great stuff here for the groundwork of a truly epic game, but it feels rushed and incomplete story-wise.

Where this title does excel is its gameplay. Players will take control of customizable Vectors as they head out into fast paced aerial combat in various low orbit floating platforms, space stations, and other structures resembling complex floating oil rigs. Vectors handle beautifully, easily weaving in and out of various corridors and pipes to avoid hostile fire or sneak up behind a foe. Even flying in boost mode is easy after a round or so of blasting each other out of the sky, and boosting is not limited to a refilling bar or cooldown timer, it is infinite; you could boost through the entire level should you choose. Players are granted a main weapon, a secondary weapon, and a passive upgrade. Each of these options have a whole host of playstyles and as you try various combinations you can really see what works for you. Damage taken can be healed by flying into repair icons that respawn throughout the level and interestingly enough, the AI can and will use these, even bosses. Certain parts of the stage can be attacked – most obviously the parts that look like giant oil tankers or cargo freighters – to cause massive explosions and damage nearby enemies. 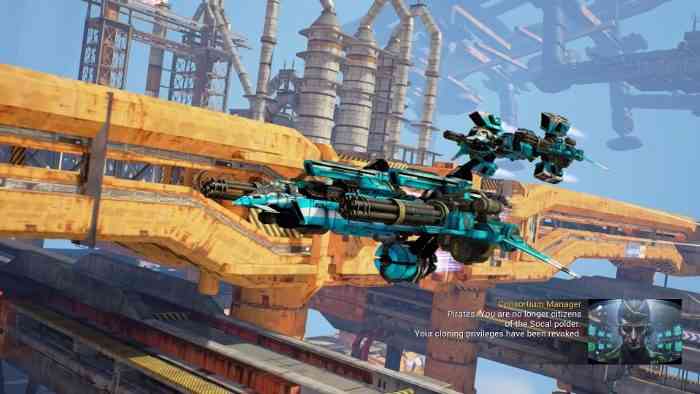 Strike Vector EX also offers a Skirmish mode: the ability to replay any previously played story level in a 3 vs 3 CPU battle. I gave it a try expecting it to be a nice little jaunt through the skies as I shoot down idiot-bots but the AI for this title is intense and delightfully challenging. It will take strategy and a modicum of skill to defeat them, but it feels like it’s a healthy challenge and not a frustrating one. Of course the real meat of the game comes from its online Multiplayer. All combat options are available from the start, but to customize your ships appearance will require racking up points in multiplayer which, sadly, will require a PS+ account to play online.

Graphically the details in this game are spectacular. It’s very satisfying to blast an opponent to shreds and boost through his fiery remains as you head off to destroy his allies, and the explosions would probably garner a thumbs up from Michael Bay himself. The level designs and even ships look fantastic with a futuristic yet industrial, worn in look. It’s almost like Transformers without the robot form. 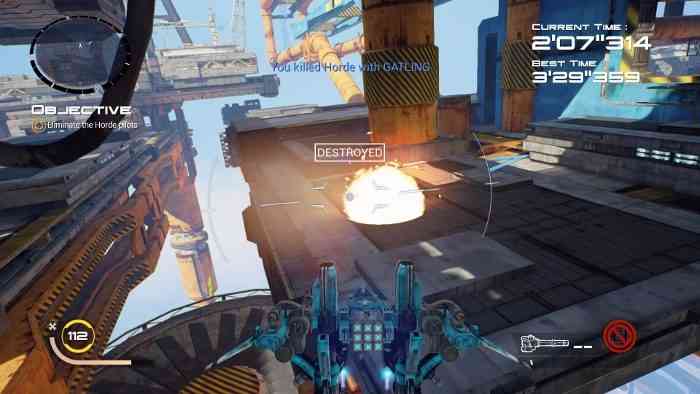 With easy to use controls, gorgeous levels and vectors, and a pleasantly challenging AI, Strike Vector EX has classic arcade shooter written all over it. I wasn’t particularly happy that customizing my vector was limited to online multiplayer, and the thin storyline with irrational character decisions was a bit of a letdown. Had more effort gone into the story and characters, this could easily have been a much more impressive title, and with multiplayer restricted to PS+ it just feels that much smaller for those not interested in buying the service. 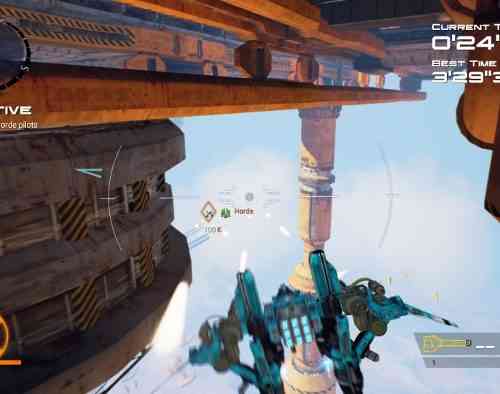 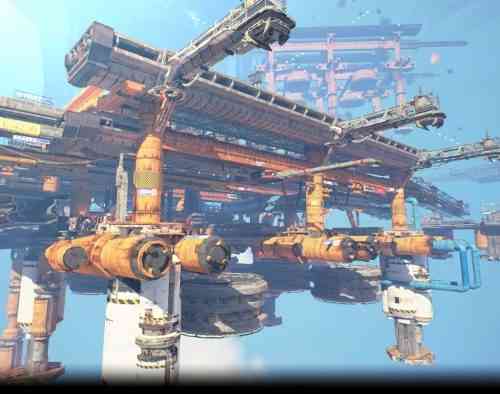 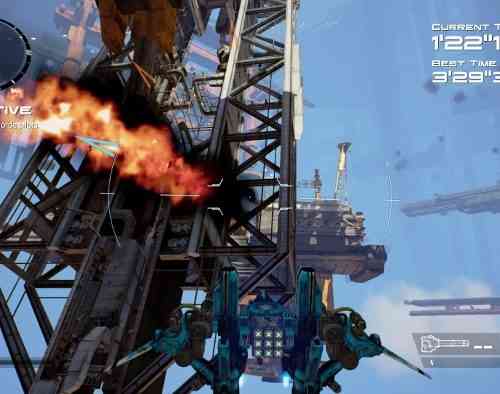 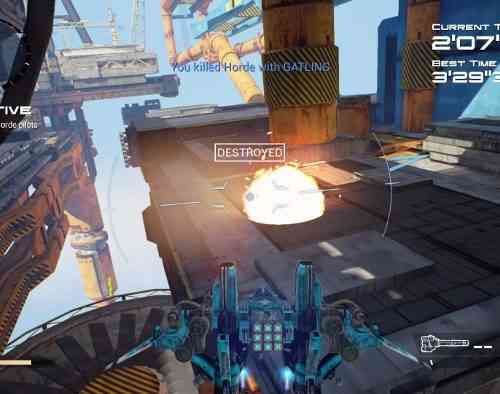 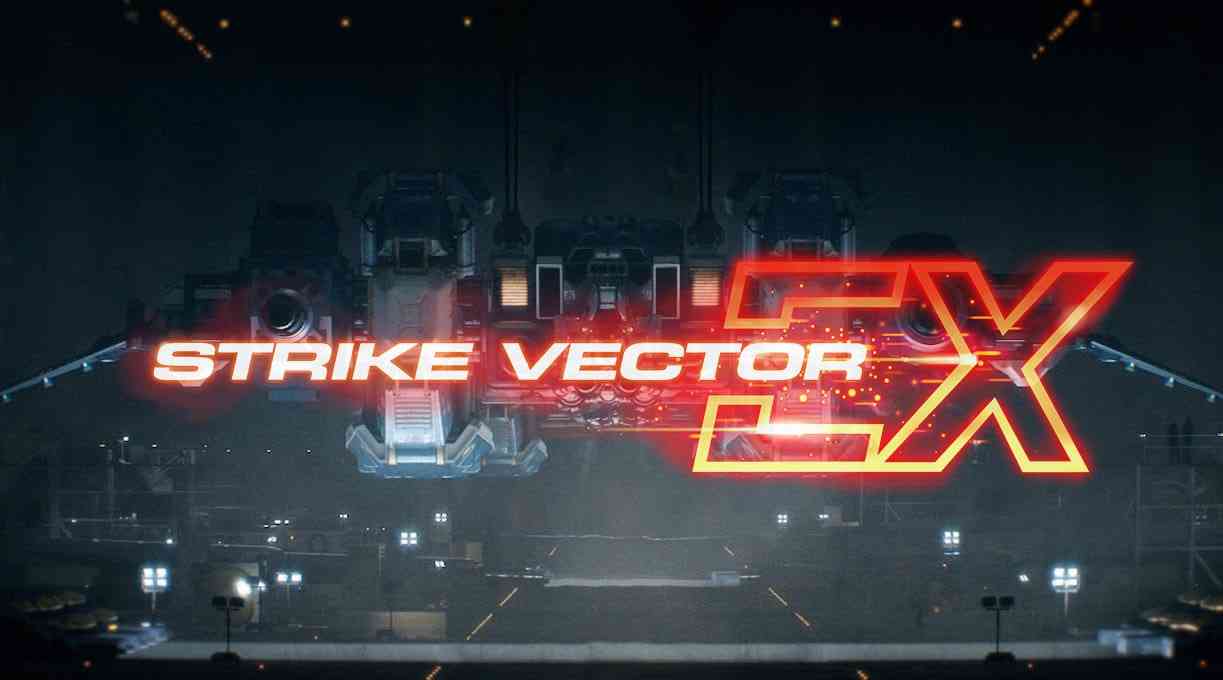