MLB The Show 18 Review – Staying Ahead in the Count

As Spring Training winds down, the rosters are whittled down to the 25 active players that make the opening day roster. Much like this, the MLB The Show series has continually refined their gameplay and features, usually leaving only the best of each year in their games. However, also like in real life where a team’s overall composition may remain similar from year to year, MLB The Show 18 is very reminiscent of previous iterations despite being quite possibly the best of the series thus far.

Besides upgrades to the game’s various modes such as Road to the Show, Diamond Dynasty, and Franchise, MLB The Show boasts a few new significant changes. Specifically, some of the upgrades include dynamic crowds, new unique home run celebrations, a batting stance creator, a revamped hitting engine with improved physics, a rewritten player tagging system, new gameplay animations, and new legends. Despite these advertise changes, along with upgrades to the UI and other minor details, the game feels and plays very similarly to last year’s MLB The Show 17, which is not a bad thing. For yearly players of The Show, the improvements may be hard to notice, but for infrequent players of baseball games, MLB The Show 18 is likely the best baseball video game, period.

The Road to the Show mode is MLB The Show’s career mode, taking players through the career of a player from the amateur draft all the way to retirement. This year, Road to the Show introduces archetypes to the mode, effectively limiting players to improve their characters toward certain statistics. For example, a “Ball Hawk” will allow players greater ceilings in terms of speed and defense, but limits their power at their plate. In previous iterations, players were free to choose how they upgraded their characters. While I personally like playing within an archetype, having a generational 99 power/99 speed type player to mess around with is always fun. Players also no longer receive training points for producing in games, but their actions influence how attributes are improved, although training sessions between game series accelerate the process. Despite these changes, Road to the Show in MLB The Show 18 plays very, very similarly to last year’s version, right down to the exact same conversations between the player and his advisor and agent.

MLB The Show 18’s Franchise mode plays very similarly to previous years, though an improved UI and Front Office Phases do improve the experience. For those unaware, these phases break the season down into various phases that are important to a general manager such as the amateur draft. Apart from that, Franchise mode’s UI is easier to use, and viewing your organizational depth, for example, is a lot easier. Overall, the Franchise mode remains relatively the same, despite improvements in the quality of life changes.

For the yearly and most hardcore of MLB The Show players, Diamond Dynasty is most likely where competitive players are congregated, and with good reason. Diamond Dynasty is simply the best “Ultimate Team” mode in all sports franchises thus far. In fact, Diamond Dynasty has earned that title in previous years and has only improved more so this year with an increased number of cards, flexible programs, and a new ratings system that will account for legendary attributes. This year, the attribute caps are raised to 125 to account for legendary prowess in various areas. For example, while Mike Trout is hands down the best player in the game today, he sits at a 93 whereas Babe Ruth’s immortal card is a 99. This will hopefully lead to more diverse teams within the game rather than many players fielding the same 99 rated cards on their teams. Overall, the best “Ultimate Team” mode in sports franchises today has only improved, solidifying their place at the top. 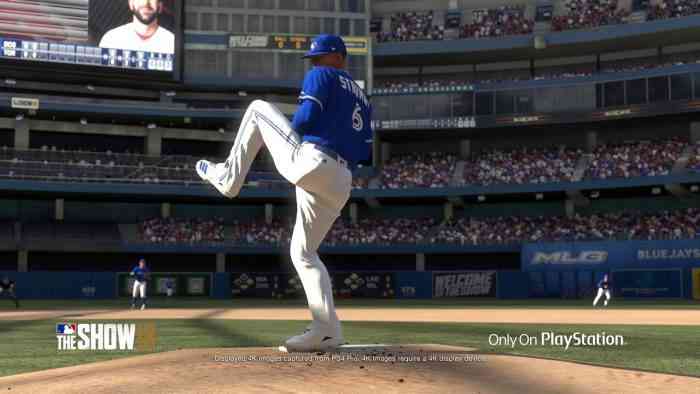 Overall, the game runs well and the gameplay is on point, though glitches do occur infrequently as they do in most games. The game also looks fantastic, building on last year’s aesthetics and adding a variety of animations as well. This year, Mark DeRosa joins Matt Vasgersian and Dan Plesac in the commentator’s booth and the trio does a well enough job. The game’s audio as a whole is well done, but the soundtrack is essentially white noise as the songs are not quite memorable compared to some previous soundtracks.

Overall, MLB The Show 18 is the best iteration of the series thus far, for the most part improving in all aspects of the game. While keeping player freedom as an option in Road to the Show would have been nice, the mode is still enjoyable. For a yearly release with not as much development time (given continual content additions and marketing needs), the game may not be as different as some may have hoped. Despite this, the game remains the best baseball game on the market, and potentially the best mainstream sports game. 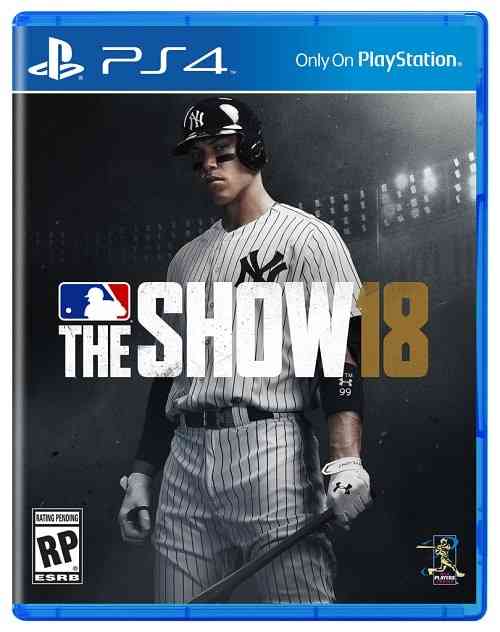 Do We Need To Keep Buying [Sports Game] Every Year?
Next Assault Gunners HD Edition Review – Less Than Meets The Eye
Previous Sea of Thieves Review – Not Our Cup of Grog