Just a month after the release of the Fallout 4: Automatron DLC and Wasteland Workshop is here! This second piece of DLC brings a whole lot of love to settlement building and the opportunity to bring your little home on the wasteland to life. New wall mounts for the creatures you kill, a concrete structure type, and a whole slew of new lighting fixtures are but a few of the items included.

My relationship with settlement building has always been a little bit love/hate. Playing Fallout 4 on console instead of PC was a tough choice I had to make since my rig is getting old and I don’t have the money to upgrade right now. Because of my lack of console commands and mods, building up any larger settlement can be a bit painstaking at times. Whether it’s the smallest branch that won’t let you build a roof, or your walls just don’t want to face the right way, a lot of little things can slowly drive you crazy while trying to get that perfect look for your personalized hideout. While I love the new concrete structure type, it can be incredibly frustrating to build with.

“You have to be very careful during your initial structure layout when using concrete or you’ll end up with some weird corners.”

For example, the walls are wide. You have to be very careful during your initial structure layout when using concrete or you’ll end up with some weird corners. There are square pegs to help fill in any gaps you might end up with, but if you have overlapping objects this might not solve your problem. Ultimately in a few spots while building my arena, particularly interior corners, it was simply much easier to insert a metal corner piece instead of trying to get everything to line up perfectly. Not the end of the world, but it kind of ruins the symmetry a lot of people enjoy. 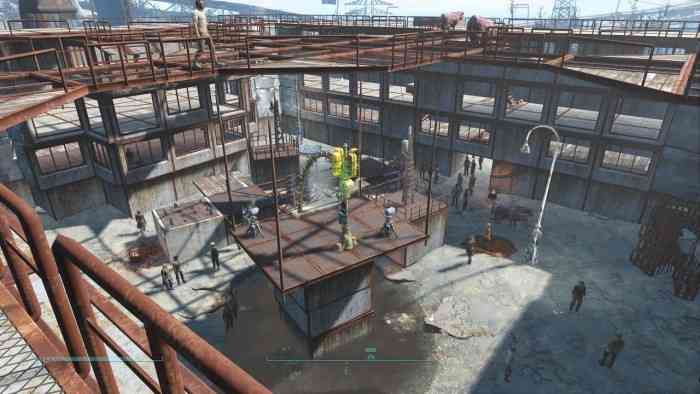 To compliment my giant concrete arena, I decided to add some powered doors for entrances and a slew of traps for the combatants to deal with. Most of the traps are great, and work with simple switches or pressure plates. The only annoying thing I could really find was how the pressure plate traps can’t be turned off. Oh, your settlers are too stupid to leave the arena and you don’t want to move 20+ people manually? Now they’re activating spikes and all you can hear every few seconds is a rusty scrape of metal and a grunt of pain.

One thing I still haven’t gotten a chance to play around with too much (damn you copper deficiency) is the fancy new neon lighting, though from what I’ve seen and experimented with, it’s a fantastic addition. Not only are there a few neon signs, but you can literally spell out anything you want, in any of the several colours made available.

“Finally, you can place down objects like burning trash cans, stone-ringed campfires, and a hanging string of light bulbs.”

Where Wasteland Workshop truly shines is with lighting and the new miscellaneous items. Finally, you can place down objects like burning trash cans, stone-ringed campfires, and a hanging string of light bulbs. There are also a few new streetlights to play with, meaning Sanctuary can be restored to its rightful lit up state. A few of the more pessimistic settlers are still going to complain despite all of your fancy new lighting and soul-warming fires, but you can’t please everyone. At least now with the new fusion core reactor, you can supply up to 100 power from one resource. Besides, if relaunching the nuclear age doesn’t make them happy, just toss them into the pit! 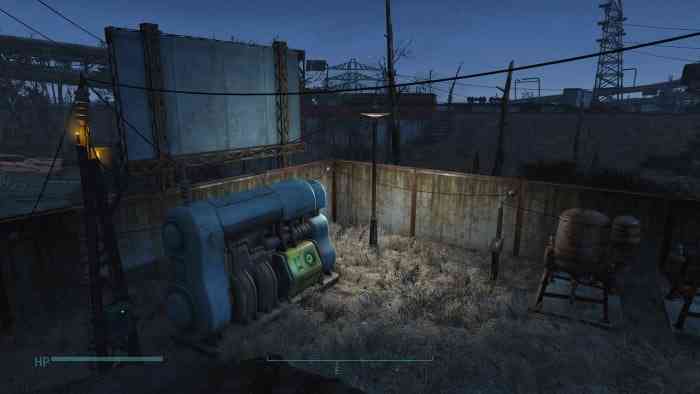 Unfortunately I do think the arena aspect needs some work. Right now it’s incredibly basic: set up platforms A and B, watch people fight. It’s probably too much to ask, but having even one or two alternate objectives would have been great. For instance I ended up with some sort of mini gauntlet after a few hours, and I would have loved to watch people race each other through it. It’s also upsetting that you can only create two teams with the platforms. Four would have been great, and could have allowed for some very cool battle royale moments. As is, it’s a nice addition but an average implementation.

“For everyone else, it probably feels nice, but a little underwhelming in comparison to what is already available on Nexus.”

For everyone playing on console and still waiting for mods, or even just for those who like to only stick to official content from Bethesda, Wasteland Workshop is a lovely breath of fresh air. This second DLC of the season adds a lot of options to really liven up the world and create areas in the game that are even more custom and personal than before. For everyone else, it probably feels nice, but a little underwhelming in comparison to what is already available on Nexus. This is a fine update if you own the season pass, but you may want to skip it otherwise. 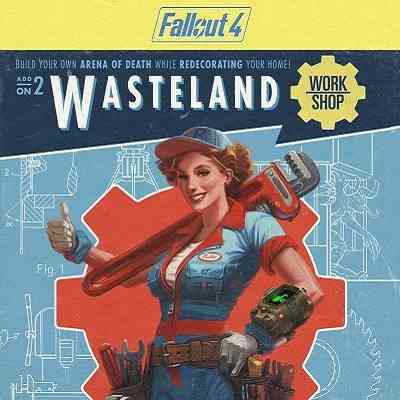