The year is 1978, and you are Reza Shirazi, a photographer who has returned home from abroad to find his country in increasing turmoil. This Telltale-style game is set during the Iranian Revolution, and while it does have its flaws, its importance is undeniable. Given today’s context of a post-9/11 world, this game sheds an attentive light on one part of Muslim socio-political history and all of its complexities. 1979 Revolution: Black Friday is not the first video game to teach history lessons alongside good gameplay (a beloved example being Valiant Hearts), but it portrays a controversial and underrepresented topic with such historical empathy that a trail blazing behind it is certain.

1979 Revolution begins in media res, but an early interrogation scene reveals much about Reza’s past and how he arrived at that point. The rest of the game continues in a similar manner, flashing between the beginning of the revolution and the end. What I enjoyed most about 1979 Revolution was how the player got a real feel for the political climate of the time, with the looks into the factions, the motivators felt by different people, and how ultimately, no one knew what kind of Iran would come out of the other side of the instability.

“Given today’s context of a post-9/11 world, this game sheds an attentive light on one part of Muslim socio-political history and all of its complexities.”

Ink Stories translates the revolution well into video game form, as Reza’s position as a photographer allows the player to take in all of the details of the movement, while the significant parts of it are given prominence. Ayatollah Khomeini’s cassettes, which broadcasted his ideas and were a vital part of the historical Iranian Revolution, are given their due attention and appear as collectibles throughout the game. As Reza walks through the streets amongst the protesters, he is handed pamphlets and sees the graffiti, he hears snatches of English and Farsi from old car radios. The developers have certainly done their homework, as all of these details contribute to the atmosphere of the game and its setting. You feel as if you are there, on the ground in Iran during 1978.

Reza’s photography is the main component of the game and works beautifully as educational, yet engrossing gameplay as you choose what aspect of the revolution to photograph and are given the option to learn more about it. While every history has its biases, the game manages to show different perspectives via Reza’s photography and his own apolitical nature of staying on the sidelines. He captures the opinions of opposing groups, the complexity of Iranian society during the late 1970s, and the contradictions within the revolution. The narrative does not preach what is right — among Reza’s friends and family, there are debates regarding the use of violence to bring peace, which faction and future to support, and arguments over the prospect of Iranian people fighting other Iranians. Reza’s idealistic pacifist friend, Babak, shows empathy towards the police even as he is protesting, while Reza’s brother, Hossein, is an unshakeable SAVAK officer. Reza’s mother, experienced in the instabilities of regime change due to the Iranian coup d’état years ago, supports the Shah, while his father had participated in the 1953 protests and encourages Reza. 1979 Revolution does not portray the protesters as the heroic underdogs, and it does not demonize those who were loyal to the Shah, but it does present the complex political situation that everyday people found themselves in without dumbing down the history. 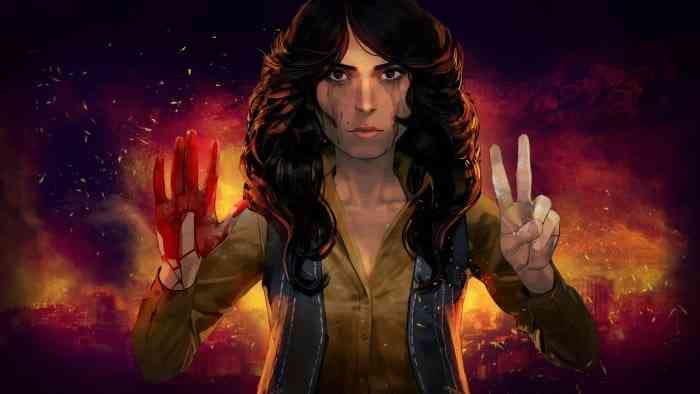 The importance of being critical of rhetoric is highlighted through the choices in the game. Some may say that the options were too limited and that the ending doesn’t change, but I appreciated the narrative decision. As one person in this historical movement, the choices were in regards to how you interact in the world, not how the world interacts with you. While Reza ultimately collaborates with the protesters, he can protest violently or peacefully, choose his family or choose the revolution. Reza is faced with uncontrollable circumstances, so he and you can only control how he reacts to them. Often, Reza does not always know the full story before deciding, and you as the player are buffeted by a number of ambiguous political ideas. Nonetheless, he must make choices anyway, accepting the consequences that follow. This added to the atmosphere of chaos and uncertainty that was reminiscent of the time, providing a better understanding of historical fears when we, as players, are at a position of hindsight.

“Accurate in its execution and complex in its politics, 1979 Revolution may have its flaws, but its faults do not overshadow its success of a nuanced portrayal of a history and its people.”

While I appreciated the story, 1979 Revolution’s indie background shows through its relatively simplistic gameplay. While the photography is done well, it is ultimately more of an visual experience. The walking in the game is very clunky, and the number of people in areas often block Reza’s way. The lack of camera controls exacerbates the issue with awkward placement, especially in rooms, and the player is often put in linear areas to avoid this. The quick time events are simple, but acceptable, and the doctor minigames were refreshing, though visually underwhelming.

For the majority of the time, the visuals of 1979 Revolution are well done, and I have particular praise for the interrogation scenes. The characters are very distinguishable and while most character models are good, there are a few that are downright bad — I recall the woman and her baby, which Reza and Babak unfortunately bring too much attention to. However, there is a remarkable moment in the game when Reza watches old home videos. Though shot in live action, this grainy footage of Iran during peacetime feels like a nostalgic, distant dream, even as you are playing a video game set in the middle of the Iranian Revolution. I found this to be incredibly important for showing the nuances of Iran and its culture outside of the revolution — the player is looking back into the past within in a game that looks back into the past. The comparison of iconic, real-world photographs from the revolution with in-game recreations is where the game shines, displaying the developers’ attention to detail and providing explanations of Iranian cultural history. 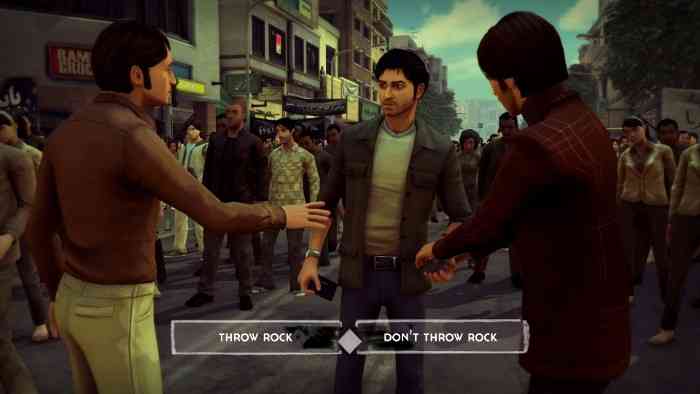 There is critiquing a game, and then there is critiquing a game in the current context of the world. Given the underrepresentation of Islamic culture in the West, 1979 Revolution’s characters are well-rounded and what the player encounters in the game breaks down cultural barriers. During a quiet moment, Reza is asked to pray alongside a Muslim man who advocates for memory and for love. On the wall above the sink, there are numerous pamphlets showing step-by-step how to wash before prayer. While you are not required to read them, you are given the option to, alongside dozens of other snippets of information about Iran. Accurate in its execution and complex in its politics, 1979 Revolution may have its flaws, but its faults do not overshadow its success of a nuanced portrayal of a history and its people.

*** PC code provided by the publisher ** 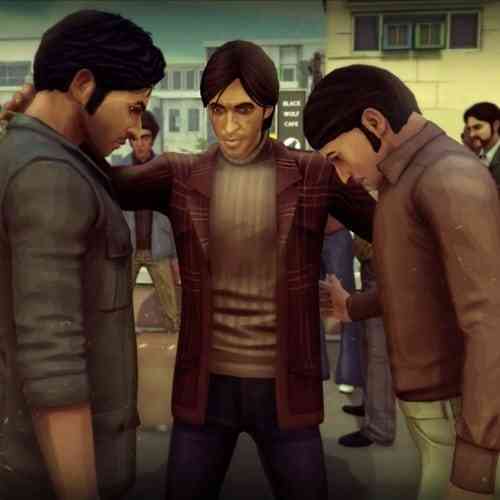 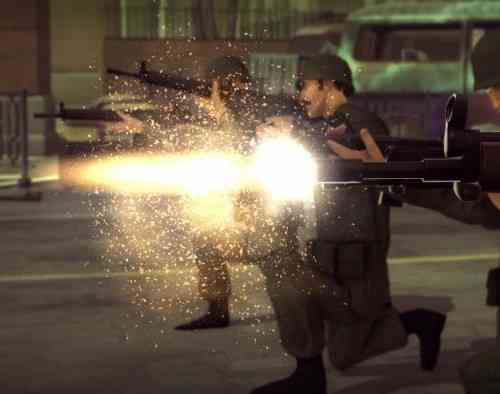 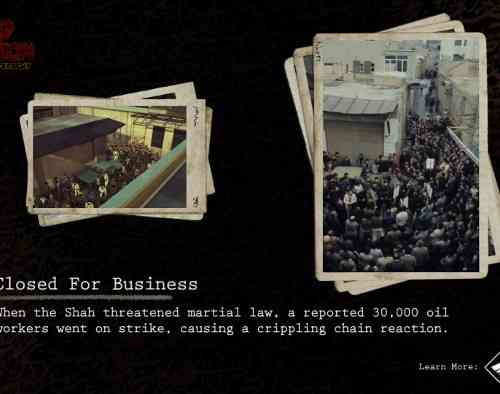 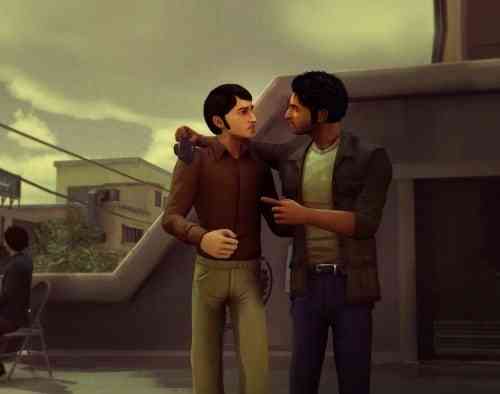 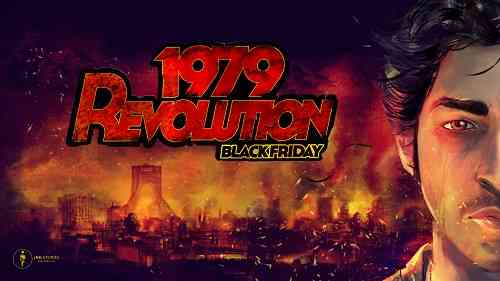