Disneyland Adventures Review – The Most Magical Place on Xbox One

Disneyland Adventures is all about exploring that magical kingdom, Disneyland. The developers have put a vast amount of effort into recreating Disneyland which includes all the main areas, like Mickey’s Toontown and Main Street, U.S.A., and within those areas are a collection of 18 different attractions. Characters from many popular Disney franchises are scattered throughout the park, and you’ll get opportunities to get meet each of them (including getting your picture with them). Some of the most iconic Disneyland rides are available for you to enjoy (no waiting in lines!). Then there are the actual quests, which include various mini-game adventures that take place in some of Disney’s most beloved films like Alice in Wonderland and Peter Pan.

When you begin Disneyland Adventures, you’ll be required to pick your control-type – and for the first time in Disneyland Adventures, you can now play the game entirely with a controller. No more awkward and frustrating moments fighting with the Kinect! Next, you’ll design an avatar, but even grown-ups will be required to pick a child avatar… think of it as the whole “child at heart” feeling you get when you visit Disneyland. Then you’re set off to help the various Disney characters with an assortment of collection tasks. Your starting task begins with Mickey Mouse giving you an autograph book, and tasking you with getting autographs from some of his friends like Goofy and Donald Duck. These type of collection quests make up a large chunk of the game – so if you’re not into constant collecting, you might get bored. While exploring Disneyland Adventures is primarily designed to represent a real visit to Disneyland (sans the vast crowds), the biggest inclusion is the various adventures (think: mini-games) you’ll take part in. These adventures offer a range of different activities all designed to feel like you’re actually in these Disney worlds. One of my favourites was the Alice in Wonderland adventure, which itself featured three separate adventures – the first was a flying segment that tasked me with dodging all manner of items into the rabbit hole, the second segment was a golf/race type mode against the Queen of Hearts, and it wrapped up with a dance-off segment versus the Mad Hatter. In general, the difficulty level in these adventures was pretty easy and forgiving – but they are designed for younger audiences in mind.

The biggest disappointment was the lack of additions in this release – it is simply a port of the original Kinect: Disneyland Adventures with enhanced visuals (to take advantage of your brand new Xbox One X) and the ability to play without the Kinect. The real Disneyland has a handful of amazing areas thanks to Disney’s recent business acquisitions – but alas, you won’t get to visit any Star Wars or Indiana Jones areas in Disneyland Adventures. Even worse, none of the Disney movies that have released over the past 7 years are included either, so no Frozen or Brave cameos – a huge miss considering this games target audience.

“no Frozen or Brave cameos – a huge miss considering this games target audience.”

Disneyland Adventures is probably the best way to experience Disneyland without actually going to Disneyland. It truly is amazing exploring Disneyland in this way. I got a kick out of trying the various rides, although I was a bit disappointed you couldn’t actually look around while riding – you just looked straight. There is a ton to do in Disneyland Adventures and older players might enjoy seeing all the movies they grew up watching. However, the target audience, that younger crowd, might be disappointed that their favorite films aren’t represented – especially Frozen. One of my favorite aspects was talking with the games tour guide who shows up in various areas and provides some interesting background history on the various locations. If you have young gamers in the house that enjoy Disney movies – Disneyland Adventures might be a fun treat but be warned, you might be forced to plan an actual trip to Disneyland after playing this! 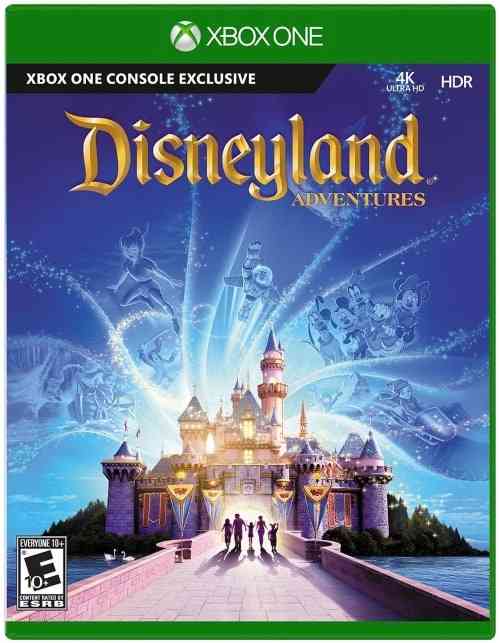 Trailer Drops for Kingdom Hearts 3 Re Mind DLC, Coming This Winter
Next From Other Suns Review – The Space Sim You Didn’t Know You Needed
Previous Mario Party: The Top 100 Review – Fond Memories in a Not-So Fond Package