Mario Party started as one of those games that truly could bring a room of strangers together. The first few iterations would see new alliances forged, friends betrayed, and still a good time had by all in the end. The phrase “fun for the whole family” gets thrown around a lot but Mario Party made it a fact: everybody with varying skills from novice to veteran could jump in and have fun. As the series progressed, however, there was a period of stagnation; new features and gimmicks were tried but nothing really captured the essence of what Mario Party was in those first few iterations on Nintendo 64 and GameCube.

Mario Party: The Top 100 is an homage to that feeling, that sense of fun everybody can share, and putting it on a mobile device like the 3DS has both its strengths and weaknesses when it comes to breathing new life into Mario Party while still keeping true. The game keeps itself simple and true to its title: Mario Party: The Top 100 is simply the top 100 games across the series. Booting it up I was immediately greeted with a warm embrace of nostalgia, remembering some of the mini-games that first graced my tube TV back in 1998. What followed afterward, however, was a series of smaller disappointments that don’t break the game by any means, but they let down my sense of purpose and accomplishment in playing.

“Once it’s done the only reason to play it again is to kill some time.”

To start with, almost every mini-game will come automatically unlocked. While this doesn’t ruin the experience, part of the joy of a new Mario Party was discovering the latest creative ways to inflict cartoon chaos by playing on the various boards. Having only a handful left to unlock felt like I started with the game nearly beaten for me. Mario Party: The Top 100 wisely offers a small board to play on, letting players travel the board in any direction they choose each turn as they try to gather stars and compete in mini-games. It can be fairly challenging when set to a lower number of turns but overall it’s still fun. CPU opponents will be much more aggressive in how they use items with a win-at-all-cost mentality. While the board is fun, there is only one, and given the fact it has a few dozen spaces, it can get repetitive fast. I get the small board design makes for tighter matches so it’s easier on the go, but once you’ve beaten it once there isn’t much reason to go back to it.

The newest addition to the Mario Party series and the best way to unlock every single mini-game is the Mini-Game Island. Built to resemble the over-world maps of Super Mario Bros 3, Mini-Game Island will let you challenge every single mini-game in a quest to reach the end and defeat Bowser one on one. It takes a moderate amount of time and you get surprisingly pulled into trying to complete the challenge but once again, once it’s done the only reason to play it again is to kill some time. 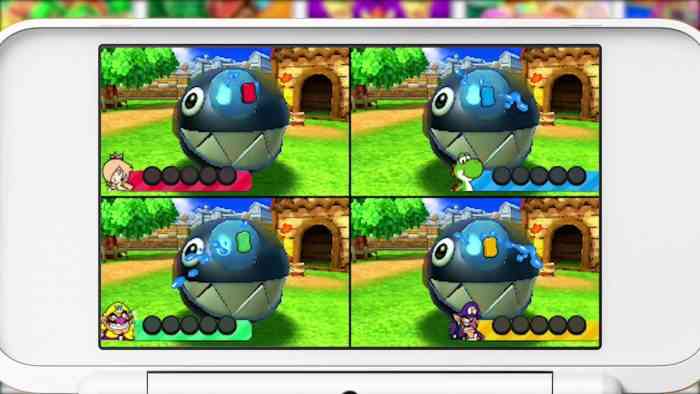 Mini-games are separated into boxes: categories of five games with matching styles; be it puzzle, sports, or which console the games came from. When competing in challenge mode and the Board, players will each choose a box of games they nominate for the round and a roulette wheel each turn decides whose game will be played. You’ll also be able to custom make three boxes to give you an edge with your favorite games.

Finally, there is Decathlon and the Half-Decathlon. Competing in either 10 or 5 sport-related mini-games, it feels like a very tiny version of the Mario and Sonic series, racking up points to win with a high score. While having all of these options is great, the truth is you can also simply go to the list of mini-games, begin one, and when it’s over select to randomly choose another mini-game to play. It’s short, simple, and doesn’t bog you down with any excessive attempts at structure or plot, just an endless cycle of random mini-games. A much more noticeable omission to the game is the lack of playable characters. Considering the wide variety of colorful characters across the Mushroom Kingdom, it feels strangely hollow to offer a meager eight characters – using one spot for Rosalina of all characters. I had hoped I could unlock more through playing the various game modes but sadly, after playing for a few hours there was nothing left to unlock.

“Even if your friends don’t have a copy of the game you can still invite them to play with you.”

This isn’t to say the game is bad. The mini-games they have put into Mario Party: The Top 100 are quite literally the best. None of them feel ill suited, poorly controlled, or like a simple filler. The mini-games themselves are a ton of fun to play, but how the game is put together – while enjoyable – feels like a simple one-and-done. Completing the modes once don’t feel like you’ve accomplished anything, and I found myself enjoying a string of random mini-games far more than going through these basic modes. 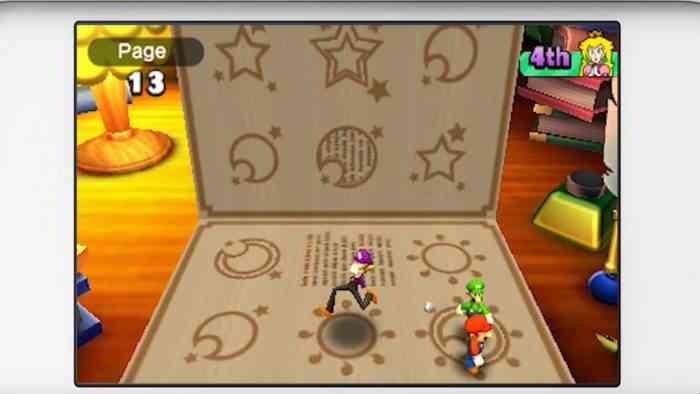 The key feature of Mario Party is, of course, the party. What good is a party without friends? Making the game a mobile feature is smart as it takes that idea of playing with friends and strangers to a new level, being able to encounter anyone in the world around you to play a few rounds. Mario Party: The Top 100 can be played both with wireless multiplayer as well as Download Play, meaning even if your friends don’t have a copy of the game you can still invite them to play with you. It’s quite possibly the most important feature of a game like this that relies so heavily on the multiplayer experience.

Mario Party: The Top 100 is an attempt to recapture the favorite mini-games of our youth and offer it in portable form. While the games themselves play well and the ones they selected are all top notch, without having any solid structure or unlockables, the game quickly loses interest and goes from being the latest party game to being the best time killer you could possibly get on the 3DS. 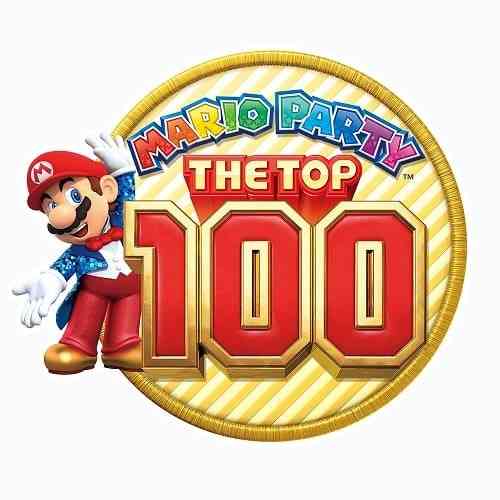 Xbox Won E3 2021, and It Wasn’t Close
Next Disneyland Adventures Review – The Most Magical Place on Xbox One
Previous The Elder Scrolls V: Skyrim (Nintendo Switch) Review – Dovahkiin On The Go