If you’re a Star Wars fan, I don’t need to tell you what today is. The teaser trailer for Rogue One, the highly anticipated in-between trilogies film that tells the tale of how many Bothans died, lands today. Sporting a cast that is comprised of the likes of Felicity Jones, Diego Luna, Forrest Whitaker, Mads Mikkelsen, Alan Tudyk, Donnie Yen, and Ben Mendelsohn, and with it being directed by Gareth Edwards, it’s pretty easy to suffice that Disney is looking to bring star power to its most powerful franchise. With its Christmas time release date, Disney has perhaps jumped the gun by a couple of weeks but looks to capitalize on the summer blockbuster season to reach the masses. So, let’s dig into the trailer. 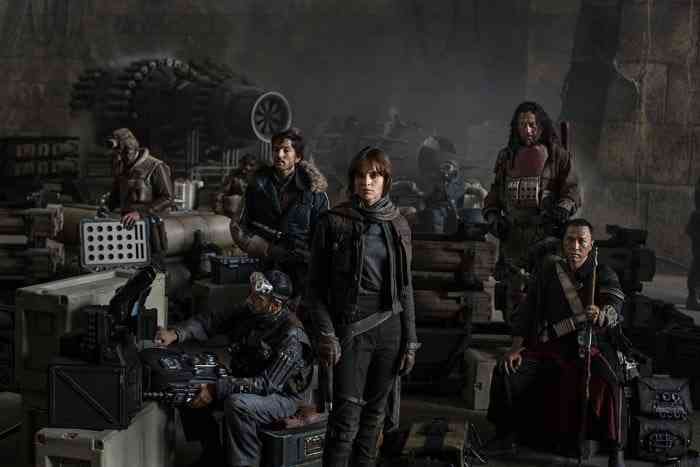 The trailer focuses on introducing us to Felicity Jones’ tough as nails, Jyn Erso who seems to have a bit of a problem with authority. Her statement on rebelling is sure to become a rallying cry for the marketing campaign, so I hope you were as infatuated with that line as Disney hopes you are. In classic Star Wars spoiler-free style, we don’t get any other names, but we certainly get some very good looks. Whoever they have reprising the role of Mon Mothma is a dead ringer and the costume and make up departments are already deserving an award. Diego Luna seems to drawing on the Han Solo vibe while we also get a good look at Mendelsohn in his Imperial Admiral’s uniform. Donnie Yen, in the least surprising thing of this trailer, is whooping storm trooper ass with a staff and Forest Whitaker in armour delivers the nerve tingling speech that overlays the back portion of the trailer. Some all around good looks at several of our major players. 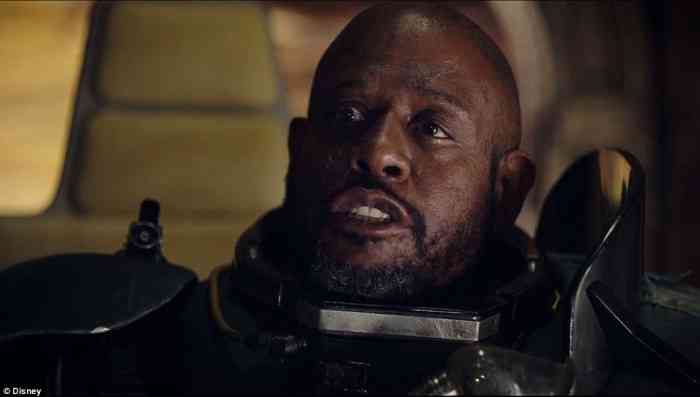 Since this is a Star Wars trailer, it was great to see so many recognizable tidbits peppered throughout. The iconic Yavin 4 base, the alert siren on said base, the unmistakable cut of the AT-AT, that beautiful shot of the Star Destroyer slow crawling as the barrel of the Death Star gets lowered into the super weapon. There’s a bunch of action pumped into the back part of the trailer, but it ends on my favourite shot of the whole trailer – with Jones in Imperial garb on the Death Star itself. Felicity Jones kicks all kinds of ass in this trailer and they do a great job of making her the forefront without losing site of the reason we’re all here. So we get a real feel for who Jyn Erso is, but we also get a real feel for the world that we’re going to find our titular hero trying to fight her way through.

With so many images thrown our way in so little time, there’s an absolute ton to hypothesize about! I won’t get into the nittiest of the gritty, so let’s just hit a few of the high points.

At the 1:18 (this is the nitty gritty, I know), are we seeing a Darth Vader cameo!? Cause it looks like we’re going to see that theorized Darth Vader cameo. I’m not getting overly excited by a single shot, I swear! Then, of course, we must talk about Mendelsohn and that awesome uniform he’s wearing. I’m going out on a limb here, but with the Death Star being the forefront and his clear status as the main villain and a high ranking Imperial officer makes me kind of hope he’s also reprising an iconic role. It strikes me that Mendelsohn could be playing Grand Moff Tarkin, a thought that gives me chills. Mendelsohn is a tremendous actor and Tarkin is an iconic monster in a universe full of monsters, so the thought of Mendelsohn bringing him back seems like a dream come true. All theory, but a dream come true. The other thing to focus in on here is that we don’t see Tudyk or Mikkelsen anywhere in this trailer. I’m not going to make too big a deal of it as this is a teaser trailer, but I can’t help but recall all that talk a while back about Boba Fett making an appearance in this movie as well. Not saying that they have confirmed or denied this in any way, but having someone like Mikkelsen playing the Mandalorian would be pretty incredible… just saying.

So, Rogue One was always going to get my money and my enthusiasm. From the day it was announced, all they had to do was give me a release date and I was going to be there. But this teaser trailer is the perfect infusion of Star Wars, action and great characters to have me rest easy in the thought of where my time and money are going. Gareth Edwards is a phenomenal director whose hands are more than capable of handling the weight of the franchise. His look and style are all over this bad boy and it looks like Star Wars is really going to benefit from having his grittier, real world style being infused into the adventures in a galaxy far, far away.

This trailer does its job well as it introduces the world to the films hero as well as gives us a look at what to expect. Considering we already know the (majority) of the ending, this trailer did the right thing by focusing on all the factors that surround the main plot point and leaving our pre-existing knowledge to see how it all pieces together with what we’re watching. Rogue One: A Star Wars Story hits theatres December 28th and I wonder if I can pre-order my ticket right now…