Pokemon is a franchise better known for its special editions, re-releases and remakes rather than proper DLC. The Isle of Armor DLC for Pokemon Sword and Shield features great content, but unfortunately leaves us wanting much more. There’s new Pokemon, a gym/dojo, a challenge tower, some fetch questing, and even some Battle Tower action to get in on. All of this considered, you’ll also get to the end of the story content in around four hours. We know that this is only the first of two releases, and that there’s a lot of non-story content to chew up, but the size can’t be ignored. To find out more, hit play on the video below to watch our full video review of the Isle of Armor DLC.

Isle of Armor takes place on an island just east of Galar. Your arrival on the island begins with a battle, of course. In Pokemon Sword, your opponent is Klara, an insecure young woman who tries to shoo you away after discovering how strong you are. From there, you’re introduced to the Master Dojo and its inhabitants. A series of challenges await involving Kubfu and its evolution, Urshifu. This can potentially be a tough hurdle to overcome, depending on how strong the rest of your party is. Your mileage may vary, but we were at the DLC’s end in a little over a day.

When examined from a distance, it seems that Isle of Armor is light on story, but chock full of content. There’s 100 more Pokemon in the ‘dex than there were before. They’re not new so much as they are returning from previous games, but still. If you’ve filled out the Pokedex up to this point, you’ve got a fair bit of work ahead of you. There’s even a rudimentary crafting mechanic that utilizes the Cram-o-matic, a child’s toy turned recycling center that will turn items into better items, assuming you know the recipe. You can even turn acorns into Pokeballs, a long-lost feature some fans may recognize. 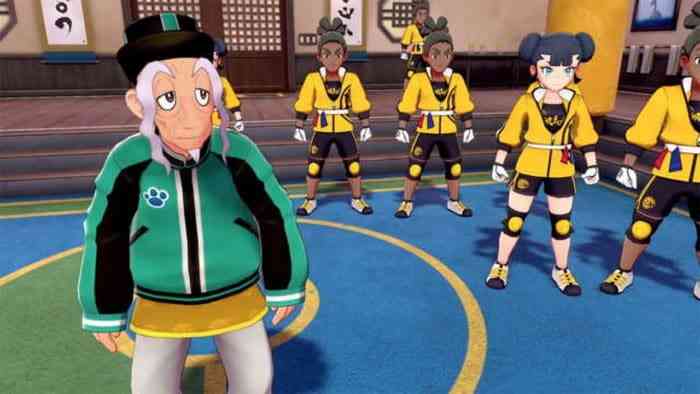 The Isle of Armor DLC won’t offer a ton of narrative content, but if you’re just looking for more tasks to complete and Pokemon to catch, go on and pull that trigger. Rather than being guided towards a story-centered goal, you’ll be making your own fun. The good news is, there’s quite a lot of this kind of fun to be had here. If you’re in the mood for more of what made Pokemon Sword and Shield so good, Isle of Armor will be just what you need.