Life is Strange: Before the Storm Was “Shockingly Frightening” To Create Explains Devs

We Interview the Director and Lead Writer of Life is Strange: Before the Storm at PAX West 2017

Few titles crawl to your mind when you think of a graphic adventure: Heavy Rain is often the most prominent, with its twisting paths and multiple endings. However, it was sleeper hit Life is Strange, with its other-worldly twist and easily sympathetic characters that pulled in gamers for an incredibly memorable story. Two years later, publisher Square Enix has given us the prequel to their hugely popular story about friendship and consequences with Life is Strange: Before the Storm. At PAX West 2017, our own Garrett Drake had the privilege of sitting down with director Chris Floyd and lead writer Zak Garriss to discuss the game and find out just a bit more about what lies in store for the upcoming episodic tale.

Life is Strange: Before the Storm is an episodic graphic adventure following the tale of Chloe Price, three years prior to the events of the first game. While the mechanic for manipulating time is gone, Chloe is instead able to use a new conversational mechanic best described in our review of the game as:

“Maybe the most noticeable – and best – change you’ll notice in Before the Storm is the Backtalk mechanic. At certain moments, you can dramatically impact story branches by engaging in a verbal mini-game with an NPC. Listening carefully to their words, you craft responses to “win” the conversation and alter the event. The Backtalk feature is well-done and I enjoyed the challenge and the power to influence the game that it provided.” 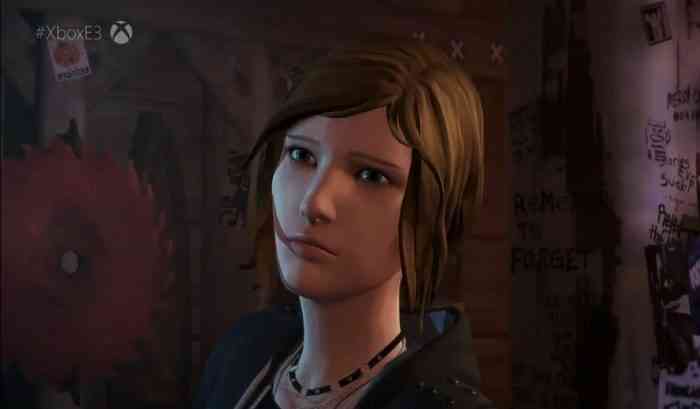 Life is Strange: Before the Storm, episode one is out now on PC, PlayStation 4, and Xbox One. episode two “Brave New World, and episode three “Hell is Empty” do not yet have release dates.

Adventure Game Hazel Sky Will Launch On Multiple Platforms This Year
Next Taking Down a Balrog is Intense and Terrifying in Raw Gameplay from Middle Earth: Shadow of War
Previous Mario + Rabbids Kingdom Battle Video Review – Sleeper Hit of the Summer