God of War is the latest entry into the series. A soft reboot, Kratos is now much older and wiser, living in the realm of norse mythology. Joined by his young son, Atreus, Kratos sets out to spread the ashes of Atreus’ recently deceased mother, only for the world to strike out against him, and for Kratos to strike back.

The game abandons the top down cinematic cameras and hack-and-slash combat for an over the shoulder third person approach, now giving players a powerful axe and shield and relying on proper combat tactics as opposed to the button mashing of old. 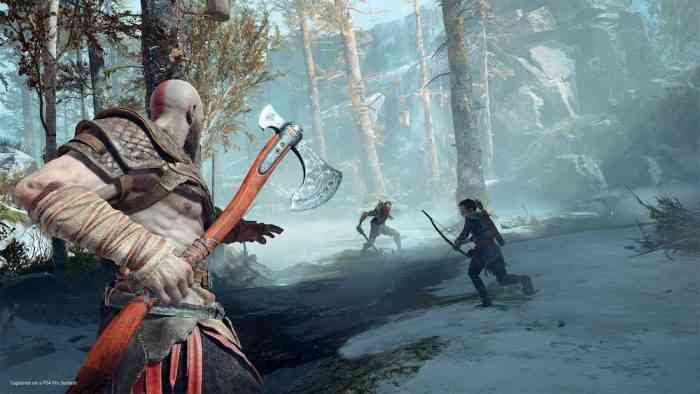 We reviewed God of War last week and said the following: “God of War isn’t just a great God of War game, it’s the best so far. Sony Santa Monica has clearly put love into this latest title of the series and given both longtime fans and newcomers a monumental gaming achievement. Put your fears to rest – yes, Kratos is getting older, but even after all this time, he’s better than ever.”

God of War releases on April 20th, exclusively on the PlayStation 4. For more information, check the game’s official website.

The First 15 Minutes of God of War Ragnarök Are Spectacular
Next Press X To Podcast: Episode 14 – Mad Dad & the Rad Lad
Previous God of War Video Review – Hands Down, The Best God of War Ever Made