Gears of War has been one of Xbox’s longest and most prominent exclusive franchises, with larger than life set pieces and memorable characters with the now iconic snap to cover system. As the series continued to grow and the characters we love started to get older, it looked like a good time to branch out into new avenues of this expansive and hostile universe. Taking everything we know and love about Gears and putting it into a tactics games seems like a no brainer. On paper, these ideas go together like a fully revved lancer and a locusts torso. In application? Well, check out our video review below to see how it turned out.

Gears Tactics takes the familiar tactics formula and blends it with the iconic Gears franchise. While these two indeed seem like a match made in heaven, some serious missteps were taken here that do a disservice both to the series and the genre. The Gears characters feel incomplete and don’t command any sense of feeling from the player. Their “unique” styles all blend into one simple format and no one character seems more important or skilled than any other. On the tactics side of things, the traditional movement grid is gone in favor of more free-flowing movement which is nice, however enemies are fairly straight-forward, by the number encounters that don’t require… you know… tactics. As a whole the game feels like it dumbed-down its mechanics and tactics in favor of being more accommodating to new players of the genre, but in doing so they over-simplified both components that alienate the fans who are the target audience. It was a great idea, but the execution has left this entry mostly forgettable despite its incredible potential for the series. 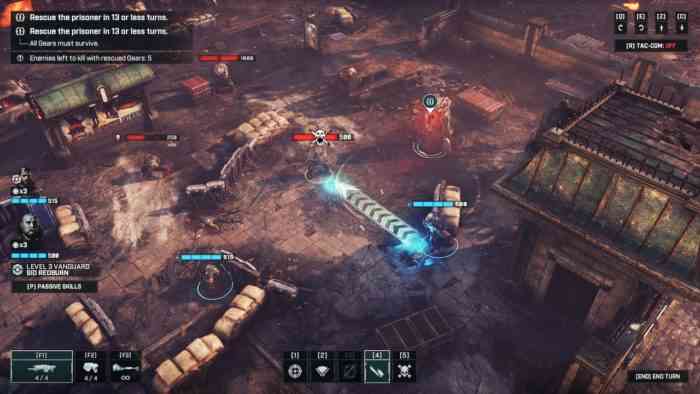 Gears Tactics is available now on Xbox One and PC. For more information, check out the game’s official website.