It’s hard to look at the setting and timeline of Assassin’s Creed Odyssey and not be reminded of the iconic film 300. King Leonidas – your grandfather in this game – leading the Spartans against the Persian empire to keep his people free. Conquest Battles are a new feature to the Assassin’s Creed franchise, and while not unlike the gang battles from Syndicate, Conquest instead gives us a more historic experience as the Spartans and Athenians clash in 150 vs 150 combat to decide who while rule the lands. It’s gruesome, violent, and absolute chaos in a fantastic way, so sit back and enjoy watching what Conquest is all about.

Assassin’s Creed Odyssey is the latest entry into the Assassin’s Creed franchise, and features a number of new mechanics to complete the series transition into being a full fledge RPG. The Conquest Battle is an event that can be triggered depending on your actions in whatever district you reside in. Each area is governed by the Spartans or Athenians. Defeating the ruling peoples soldiers and leaders, destroying their cache supplies, and generally causing mayhem for them will ruin their grip on the land and force a decisive battle. You’ll be able to pick which side you fight for; defending the existing people in charge or fighting for the side that wishes to overthrown them. Each side will provide a different level of difficulty and in turn different kind of loot. You’ll be able to trigger these changes of power whenever you wish and in so doing, change the political landscape of Greece. 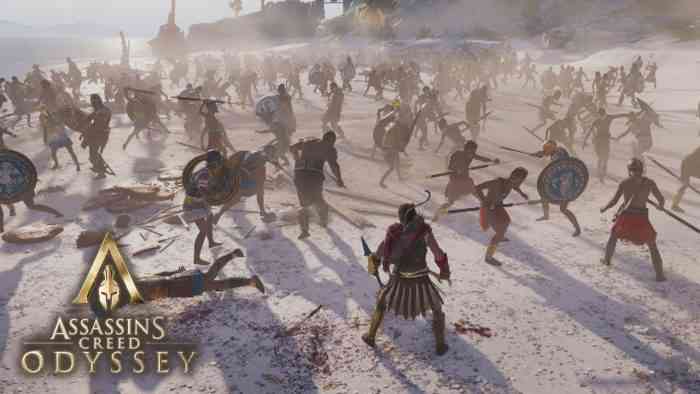 Assassin’s Creed Odyssey is available now on PC, PlayStation 4, and Xbox One. For more information, check out the game’s official website and be sure to watch our video review to see what we thought of the game.