As video games have evolved, so have ideas and concepts for gaming to evolve with them. Historically speaking, it’s only in the last few iterations of the franchise that Dragon Ball Z has had any success in recreating the majesty of the anime in video game format. The larger than life floating epic battles now feel like they are ripped right from the show and fans of the series can only grow more and more satisfied as the concept, controls, and art style continues to evolve. The latest game in the franchise, Dragon Ball Z Kakarot, retains its original Japanese voice work with English subtitles and seeks to deliver a streamlined experience we haven’t seen before. To get an idea of what’s in store, check out this gameplay where Gohan attempts to defeat Cell and protect the Earth!

Dragon Ball Z Kakarot is an epic look at the legacy of Goku. Not only will players get to battle in iconic fights and encounter a huge array of characters that span the long history of Dragon Ball, you’ll also be able to fish, fly, eat, and train, living out the life of the legend himself. The game looks to have serious JRPG elements with side quests, building friendships, and unlocking new abilities. The game is not limited to playing only as Goku, however, a full roster has yet to be revealed. Dragon Ball Z Kakarot is also set to feature a new original character from Dragon Ball creator Akira Toriyama called Bonyu. 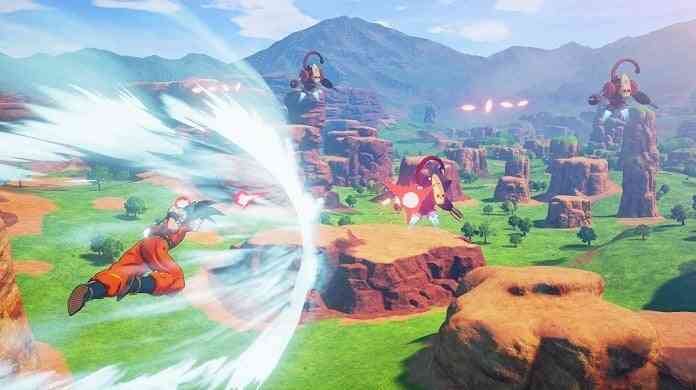 Dragon Ball Z Kakarot is set for release on January 17 and will be available on PC, PlayStation 4, and Xbox One. For more information check out the game’s official website.

Dauntless (Switch) Review – Sometimes The Big Screen is Better
Next 3 Things We Love (And Hate) About Modern Warfare’s Multiplayer
Previous This Jedi: Fallen Order ‘Building A Lightsaber’ Video Shows You All The Unlocked Parts