Witch It Review – All Ages Hide and Seek

What are the things you normally look at to discern a good game from a bad one? Sharp graphics? Fresh ideas? A compelling story? Witch It has none of that. The graphics are slightly crisper than World of Warcraft (which came out more than 15 years ago). The asymmetrical multiplayer was all the rage in that same era. I’m sure the story exists, but I could tell you very little about it. None of that is what Witch It is about. No, Witch It is the kind of irreverent game you play with your friends and loved ones who you can’t see in person. Witch It may be the next great party game you’ve been looking for.

In Witch It, you play as a witch or a hunter. The gameplay concept is so simple, a tiny child could understand it. That is because it is hide and seek. The witches need to survive until the timer runs out and the hunters are trying to kill all the witches. Simple is good! A simple objective with many pathways of getting there is a solid foundation for a video game, especially one you plan to play over and over again. So we’re starting from a good place.

More than anything else, Witch It reminds me of a strange little game I spent a ton of time within the early 2000s, a Half Life mod called Vampire Slayer. Both are asymmetrical multiplayer games focused on a powerful but persecuted group of monsters fending off clever, desperate opponents. Vampire Slayer had a team of vampires with different powers fighting slayers with different gadgets. The particularities of the game led to some unforgettable moments. The first time you shot out a stained glass window to catch a vampire in a sunbeam? Classic! Pouncing out of a shadowy corner to eat a frantic victim? That’s what asymmetrical multiplayer is all about! 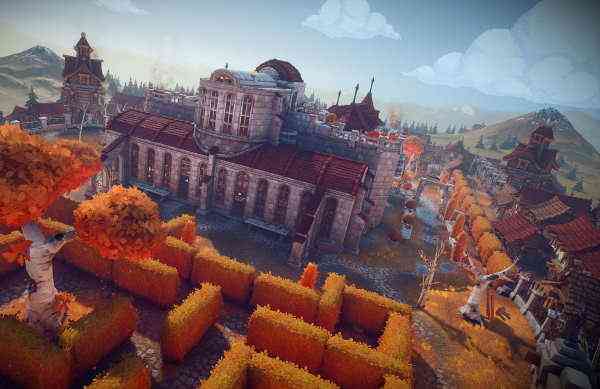 The conflict in Witch It is a bit less violent and antagonistic than Vampire Slayer. It is after all, basically hide and seek. The main tool in the witch arsenal is shapeshifting. A witch can mimic objects in the game and maneuver into position to beat the clock. The trick is blending in. If you turn into a bottle, you don’t want to be found propped up against some firewood. The shapeshifting mechanics themselves feel pretty fun. Not enough games let you turn into a floppy pizza pie careening through the air.

But hiding as it turns out, is inconsistently gratifying gameplay. Because if you do it well, your interaction with the game ends. You can talk a walk, make a sandwich, check your Twitter. There’s the tension that you’ll be caught and have to leap into action. But your dedication to that tension is entirely rooted in how badly you want to win the game. And I guess my competitive spirit is deficient because hiding started to feel a lot like waiting.

I liked hiding back when I was playing Vampire Slayer. But that was different. That was more like stalking. You wanted to remain unseen, but you felt empowered. In Witch It there are plenty of things to unlock, both cosmetically and for character development. You can amass some tricks and skills. But that dynamic is baked right into the base of the game. Hunters are active, witches are passive. It kept me from fully investing in the game, which in turn dampened my desire to win. I was passing time, but not honing my hiding and seeking skills.

Secrets of Ages Past

Another important element in a multiplayer game like this is aesthetic. You’re going to be looking at the same character models, maps, and props a lot if you dedicate yourself to witch-hunting. Variety is important. So are appealing graphics and music. In these departments, Witch It left me cold as a… you know. The various costumes to unlock? Pretty silly and fun! But the graphical style? As I said, they have a real 2004 cartoon look. It keeps the game feeling friendly, but didn’t move my heart and soul. The style was clear and easy to follow (which ain’t nothing) but I don’t really remember what it looks like when it’s not right in front of me. And I don’t feel terribly compelled to remind myself. 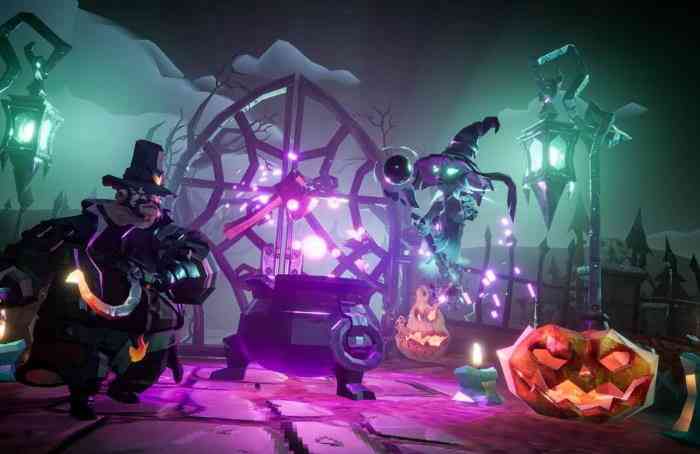 That being said, there’s a real audience for a game like this. It’s $20 on Steam, and I’ve got little cousins. This is a great multigenerational game. It’s also the kind of party game that could be fun to play remotely with a group of friends. It’s the same appeal of playing Mario Kart on the couch. In other words, in a world where it’s tough to meet up in person and where a lot of socializing has to happen online, Witch It is the kind of simple game you could play with your non-gamer friends. The kind of person unlikely to drop money on in-game currency in your favorite shooter might feel compelled to join you for a few rounds of Witch It over the weekend. And hey, take them up on it! Enjoy being a floppy pizza for a few weeks of gameplay as you reconnect with your friends. That sounds like it’s worth 20 American dollars of laughs. 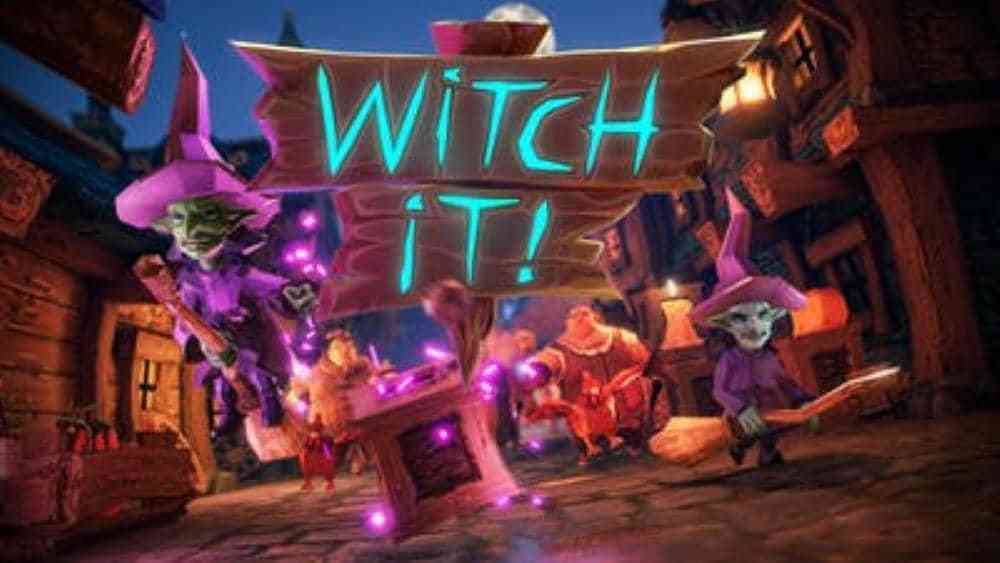 
Witch It Launches Just in Time for Halloween

Get Your Spook on With Witch It!
Next Floor 13: Deep State Review – Stuck In The Elevator
Previous ASTRO A20 Wireless Gen 2 Headset Review – Quality Cordless Cans