Get Your Spook on With Witch It!

Halloween Isn’t All About Scares

In fact, some of the most beloved Halloween films, like The Nightmare Before Christmas or Hocus Pocus, are family films. Sure, Hocus Pocus has its moments (It’s a Disney film that opens with a child being murdered, and the main character’s virginity is brought up so often it borders on running gag territory) but when a film gets its own show in Disney World, you know it’s generally safe for kids.

With so many great horror games dropping this month, Witch It! Fell under the radar as a game that leans more towards Hocus Pocus and Trick or Treating than Halloween and Haunted Houses. It’s just a simple game of hide and seek between witches and humans, albeit with each bringing their unique skills to the table. The hunters are tasked with seeking out the mischievous witches that have cursed the town, using all sorts of devices and special skills to help with the hunt – whether it’s a chicken that acts as a sentry or a powerful body slam that causes huge impact damage.

The witches aren’t helpless, though; while they don’t have the advantage of technology (and poultry) they have their own magic, whether it’s the ability to blend into the environment or use their spells to confuse the hunters.

The maps where the games take place are pretty varied, ranging from wintery snowscapes to enchanted forests to rural villages, each of which is filled with a variety of hiding places and props that will ensure an interesting game. 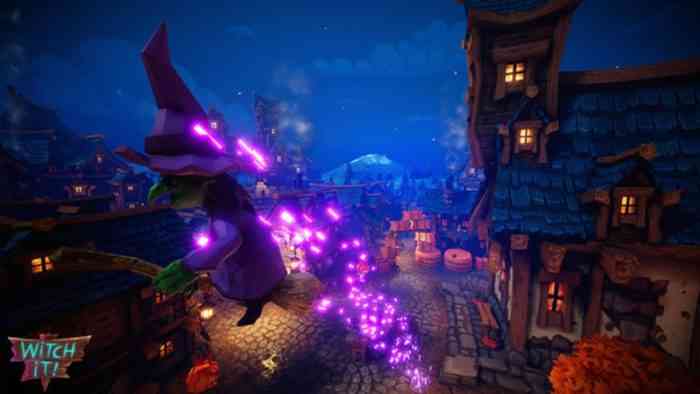 It’s unlikely that Witch It! will take Dead by Daylight’s spot as the pre-eminent PVP horror game right now – despite Witch It! being clearly marketed towards a younger audience, it’s important to remember that games like Dead by Daylight are still popular with kids below the age rating – it may just find its niche for fans of directors like Tim Burton, or even just people who don’t do horror as a rule.

Witch It! Drops on October 22nd. Will you be checking it out? Let us know down in the comments.