Save a Sidescrolling Pixel Art World Filled With Monsters

The time has come. You are the heir to an ancient legacy of Monster Keepers, and now, your sanctuary is in danger. To save it, you must embark on an epic adventure and expand the world through Metroidvania exploration and combat. On your quest, you will face countless monsters. But in this game, you aren’t here to fight monsters–you’re here to save them. Okay, you’ll be doing some monster fighting as well, but you need monsters to fight monsters. It’s like Pokemon, if Pokemon had the artstyle of Castlevania: Aria of Sorrow. Seriously, does anyone else remember how gorgeous that game was? Just me? Oh well. Monster Sanctuary has been in early access for a full year, and during that time, it’s seen several additions and improvements: PvP, new areas to explore, and, of course, more monsters to track down and tame. On December 8th, the game will finally see its full release.

The complete version will contain a new game area known as the Abandoned Tower and a second secret area–exactly what Metroidvania fans like to hear. You’ll dive deep into underground caves, wander ancient temples, fly over oceans of magma, and swim to the bottom of the sea on your quest to unravel a mystery that threatens the peace between humans and monsters. And you’ll also find, tame, raise, and battle a ton of adorable (and adorably creepy) pixel critters on the way.

Each beastly friend you make will give you access to more of the game’s sprawling and beautifully-rendered world. Some will take you underwater, others will help you fly, and still more will cut down strangling vines and smash walls that block your progress. Train and customize your party with in-depth skill trees and give strategic orders in combat. If you like cute monsters, exploration, and figuring out optimal tactics, give Monster Sanctuary a look when it launches. 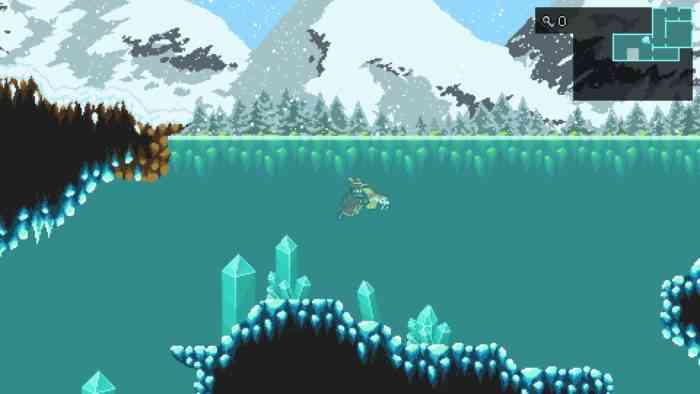 What’s your favourite monster? Let us know down in the comments, or hit us up on Twitter or Facebook.

City of Murals is Cute, Gross, and has a new Trailer
Next
Valve Cracking Down on Toxic Dota 2 Players
Previous
Get Your Spook on With Witch It!